Being Agile And In Perpetual Beta 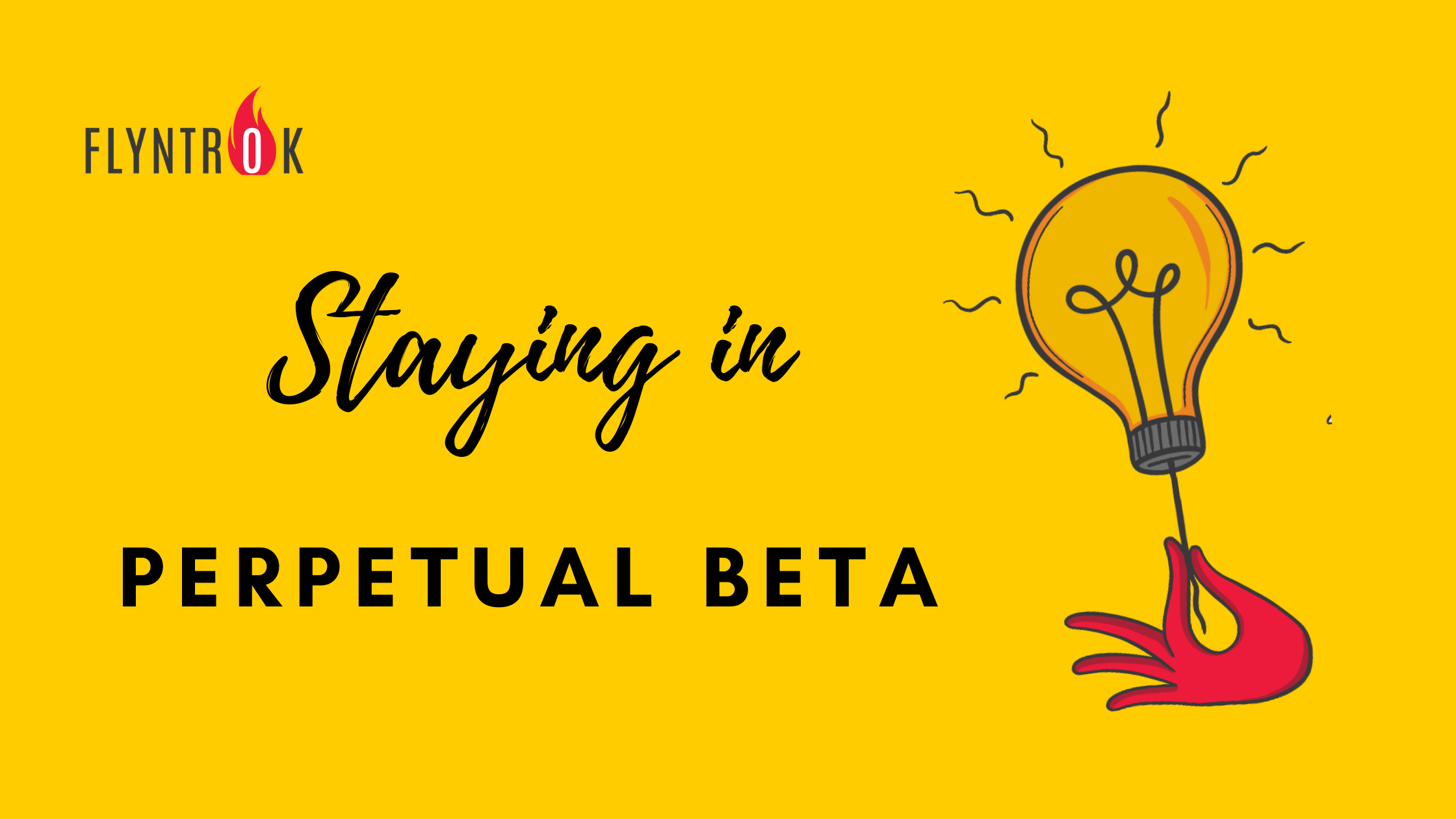 Have you gotten a chance to test products in beta mode? Maybe new apps, new flavours of your regular chocolate brand? Beta mode typically meant product release to a small set of users. The beta users’ feedback is sought, responses studied and a final product quickly released to the wider market.

Keeping products in beta mode for long durations, in earlier times, was unacceptable. It was possibly considered a sign of the product not yet fully ready / working right. Or worse, its creators not being confident! The thing with the times is that they keep changing. Suddenly ‘beta mode’ holds swag. We carry two stories from the world of Agile transformations. Stories that helped reimagine ‘beta mode’. One story is from the world of music and one from software. Read more.

First the world of music. The release of a CD album is a result of mammoth effort. There are launch dates, elaborate marketing plans and many moths of coordinated efforts. When musicians release an album there is a finality to it. The reviews come in, fans either hate it or love it, and the sales numbers follow. Kayne West, the winner of 21 Grammy awards, highest in history of Grammy’s, decided to approach his music CD release in a different way. In beta mode.

The Life of Pablo, is probably his most successful album. He released it on the 14th of Feb 2016. Fans went wild, the album was streaming everywhere. But Kayne wasn’t done! He kept listening to his fans and iterating. He released additions in vocals, tweaked the lyrics and changed the order of songs. Kayne listened to his listeners and put them at the center of his creative process, not his album/product. Keeping a product in perpetual beta has now become default for Kayne West. His latest Album, Ye (2020) saw him releasing changes 6 months after its release date.

Our second story is from a different world – Google. Google’s products stay in beta mode for a long time. With Gmail for instance they dropped the beta tag several years post its launch. Reluctantly and with tongue in cheek humour! Gmail, launched on 1st April 2004, carried the beta tag for 5 years.  By 2009, Gmail had 1.75 million companies as users and they still had the beta tag! Gmail team was still listening to users, studying outlier behaviours and tweaking features. They only dropped the beta tag, because large fortune 500 companies felt beta still meant trial (as per their own blogpost here). Google signified dropping the tag, meant no change in their mindset or product. They would continue to iterate

Kayne West and Gmail aren’t the only examples of perpetual beta mode. We have featured many companies that are constantly iterating and experimenting. Etsy iterates without blame, SpaceX iterates with collaboration. Pixar experiments through psychological safety in their teams. Why is this mindset of constant experimentation important?

Why is perpetual beta important?

Being in a perpetual beta mode and constantly experimenting has many benefits. Some listed below are:

The important element in the Gmail, Kayne West and other stories is building the ability of the teams to listen. To listen well, to listen all the time, to listen without preconceived notions. Listening to all that is being said and unsaid but demonstrated instead. To quieten the chatter within the individuals & teams and tune in to the user. Listening is an important element of being in perpetual beta and being agile.

You have become agile when you have the ability to always listen and iterate. This ability enables teams to maintain a constant pace of innovation and responsiveness, indefinitely. A culture which enables teams to listen, iterate, build, tweak, destroy, rebuild is critical to create Agile teams. Only when teams have this safe space do they remain relevant to complex, changing times.

Apart from one story which captures the human centric change in the world of Agile, the Agile OWL brings to you every fortnight, the latest reads, books, trivia, and quote from the world of Agile and its methodologies. Stuff that caught our attention. This is edition 26 and we carry seven useful links for you. Tell us what you thought of them.

1. Invariably the stumbling block for Agile teams comes from the way budgeting is managed by the organisation. Here is a useful read on how firms can structure finance and budgeting for their agile teams. Read more here.

2.We have heard this very often, validate your idea. Turns out its not such good advice, as that means we are unwitting looking for confirming evidence, or observer bias. The better advice is to de-risk your idea with these steps. Read the steps here.

This week we are recommending the book Subscribed. Its ranked in the Top 10 business books and a best seller. It blends an agile way of working with an agile way of thinking of your business model. Highly recommended.

Companies are open sourcing how they test and run their experiments. This edition we bring you three such resources, from Airbnb, Facebook and Etsy. Hope these help you design your experiments.

The earliest documented scientific experiment is from 430 BC. Empedocles a pre-Socratic philosopher proved that air is a material substance. You will possibly be familiar with this approach and may not think of it as the Socratic method 😊. The approach is :  Purpose –> Research –> Hypothesis–>Experiment–>Analysis–>Conclusion

Note : This post is Edition 26 of the Agile OWL from the OWL umbrella. The Agile OWL is a newsletter focused on the human experiences and stories within agile transformations. Sign up to receive the newsletter here