Creativity and Agile : The story of Pixar 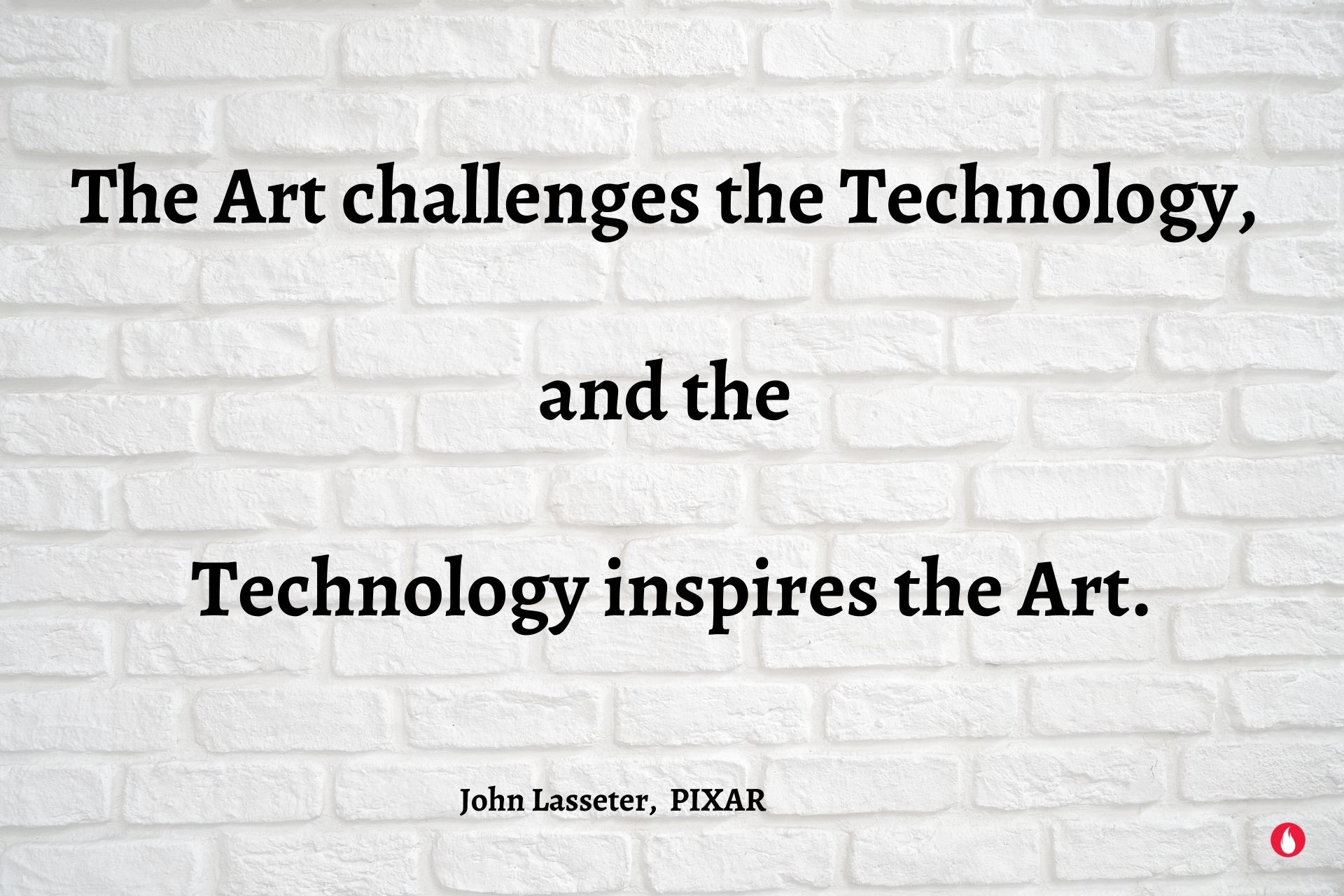 Agile and the world of movies? Did that surprise you? Well, read on. Toy Story-1 which went on to garner an Oscar nomination, took 5 years to make. A ‘five-second’ animated shot of the toy – Woody the Sheriff, or the boy Andy, took 3 weeks to create. You would think a creative process like film making would be far removed from daily stand up meetings and agile practices. Yet Pixar the creator of Toy Story, and 20 + successful films has shown otherwise. Agile ways of thinking and practices has aided Pixar in crafting their journey.

Pixar has demonstrated that our notions of creativity and the world of agile need more nuancing.  A creative person needs solitary time we think. He or she will emerge with a great idea or script for a movie fully formed. But ideas emerge, get shaped and sharpened through constructive interactions. Interactions and collaboration where everyone feels safe to discuss ideas and share opinions. These safe spaces and sounding boards in Pixar extend from the minutest detail to long-term plans. From feedback on a 5 second movie animation to discussion on the 5 years of making a movie itself.  Let us explore these human experiences in Pixar’s transformation from a hardware firm to media giant.

Amongst the various agile practices at Pixar, here is one. If you were an employee at Pixar, you would have a ‘daily’ meeting with the team of creatives and the director at 9 am sharp. This meeting would have team members show the animations they have been working on. In each meeting the team would cover 10-15 animated clips of 5 seconds each. The team would discuss ideas to make each animation better. These ideas and notes would be on the digital screen, note-pads for the animator to work on later.

If it was your animated clipping shown that day, you would go back to work with the inputs received. It would finally be your call to act upon the inputs or decide otherwise. What the daily 9 am meetings gave you was a sounding board and visibility to the work of team members. Both can be priceless to improve the quality of our work.

The director and his entire team on the other hand get their sounding board in the form of a ‘BrainTrust’ at Pixar. The brain trust is a group of directors and ace professionals within Pixar. Think of it as a super elite but committed sounding board at your service. The director can invite this group for a viewing of his partially completed movie. This bunch of experts would opine, but not have the power to make any changes to the movie. Nor would they get any credit or public acknowledgement for their inputs. They would freely discuss and offer constructive inputs on what was working and not working in the movie. They would also throw in a lot of possible solutions. It is finally the director’s call to incorporate what he or she thinks works best for the film.

Psychological Safety is the glue

At Pixar, the openness and culture of giving and receiving feedback makes excellence possible. Not only are individuals comfortable sharing their opinions and ideas. Those receiving feedback also do not get defensive. They can distinguish the feedback for the work rather than them as individuals. This is the hallmark of a psychologically safe team and organization. Psychologically safety unleashes creativity and discretionary effort among individuals.

Agility is a function of the organisations need and its evolving mindset. This story of agile encourages us not to be restricted by the industry, domain, or problem we are trying to solve. An agile mindset and methodologies are apt for adaptation in a wide-ranging business context.

Here is the round up for the Edition 6 of the Agile OWL.

The Fearless Organisation by Amy Edmondson is our pick from the book-shelf this fortnight. Amy Edmondson has built upon the foundations of the work of Edgar Schein to identify Psychological Safety as a key element in the success of an organisation.

Pixar, not Apple, made Steve Jobs a billionaire. Jobs bought Pixar in 1986 from Lucasfilm for $5 million. In 1995, the week after the release of Toy Story, Pixar went public and Job’s stock was worth $1.1 billion. More such details in this book here.

This post is Edition 6 of the Agile OWL from the OWL umbrella. The Agile OWL is a newsletter focused on the human experiences and stories within agile transformations. Sign up to receive the newsletter here