Proof of Stake and Blockchain 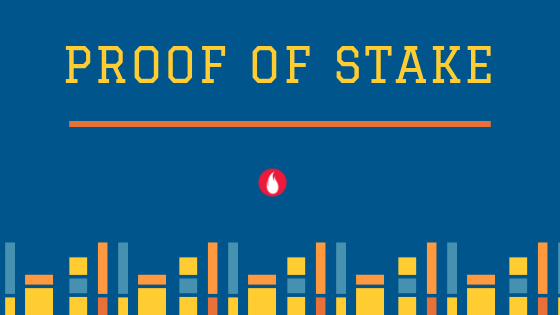 One of the biggest issues facing mass adoption of Blockchain across the world? It is slow. It is really really slow. Let’s put this statement in perspective. Visa processes 150 million transactions per day, roughly 1,700 transactions per second. And their capability far surpasses that. They can process 24,000

How many transactions can the bitcoin network process per second? Seven. Yup, All of Seven transactions! Each transaction takes about 10 minutes to process and form a block. As the network of bitcoin and Blockchain users grows, waiting times will get longer. There are going to be more transactions to process without a change in the underlying technology that processes them.

WHY IS THE BLOCKCHAIN FRAMEWORK SO SLOW?

The answer is in the example we explored. The teacher and her 50 students ‘simultaneously’ trying to solve a puzzle. Blockchain thus uses a Proof of Work concept, to confirm transactions. Apart from slowing down the network, Proof of work consumes enormous amounts of electricity.

The saga does not end with electricity. Proof of work offers Bitcoins as rewards for validating the transactions. This reward reduced by half every 4 years or after 2.1 lac blocks. Thus by 2024, it will also become unprofitable for miners to continue solving these puzzles and generate blocks. Less the users, more vulnerable becomes the Blockchain. Compromising on its biggest pillar of Security and Immutability.

Proponents are aware of these limitations. They are exploring many other ways of making Blockchain scalable and secure.

Proof of Stake method to create Blocks is one such. Ethereum among many other firms is leading the way in this effort. In PoS, ‘one’ individual(s) are chosen to generate a block. They are known as validators.

How does this help? Think of the electricity saved by not having hundreds of miners trying to be the first ones to solve the puzzle.

The flip side, how do you make sure these chosen validators do the right thing? Do you recollect renting a self-drive car or a video CD? The shopkeeper asks you to put down a security deposit. One that will be used if you damage the car or not return the VCD! Similarly, in the Proof of Stake method, the validators have to deposit their coins to a central store. These coins or stake is only released back if the transaction is validated accurately.

HOW ARE THESE VALIDATORS CHOSEN?

Each network can define their own criteria for choosing validators. Some may opt for the validators who have the maximum coins ( thus they have more at stake to get it right!). However the rich get richer in this scenario. Yet others may use a random algorithm to choose the validators. What if as luck would have it, the validator was offline for a few minutes, when the block was assigned to him/her. Each delay will slow down the network. Yet others prefer to go by the aging of the coins the validator owns. The older the coins, the better their chances of being chosen.

Similar to the rating given by passengers to the uber drivers, these validators are given a rating basis their performance in validating blocks of transactions. These ratings can be another criterion to allocate future blocks. Ensuring the validators have stake/sufficient coins to lose will be imperative. Else the possibility of them behaving irresponsibly. Nothing at Stake problem!

THE PROS AND CONS

While many cons exist. We should not forget the pros.

(1) Massive savings in electricity. (2) Much much faster than the PoW method. (3) decentralized – It isn’t dominated by a few cartels & mining rigs. (4) Validators can work on home computers and don’t need all that fancy equipment!! This one is my favorite. Tempted to be a validator myself and experiment! (5) Rogue or 51% attacks are tougher, not impossible though.

As I write this, two news briefings catch my attention. Ethereum has delayed its switch over to PoS till 2019. Red Belly a Blockchain research project, funded by Australia’s National research body CSIRO and Sydney university has achieved the 30,000 transactions per second in Blockchain. Tested on Amazon Cloud (AWS) from July 2017 to May 2018, they have been able to do it across time-zones with over 300 computers. They have solved the scalability issues and the enormous need for electricity. This is exciting stuff. Read more here and stay tuned. Is the future here already? I wonder, I hope. I look forward.