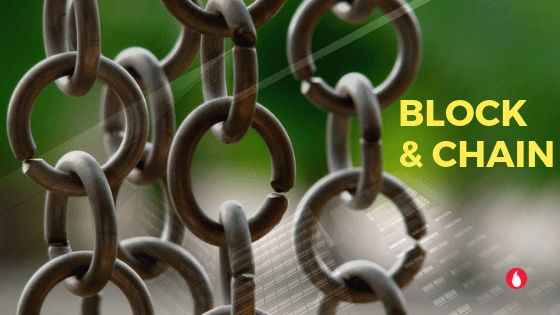 Headlines about Blockchain ushering in a revolution and becoming the internet of value is quite common. So much so, that none of us realize that it’s creators Satoshi Nakamoto in their 2008 whitepaper introducing this concept to the world had not named it Blockchain! They had used the words ‘Block’ and ‘Chain’ separately. To the creators, Block and Chain were concepts rather than a name. They believed that the process of verifying and recording transactions into a block and linking them together as a chain, would make this whole approach of peer to peer interactions secure, visible to all parties and be hard to hack into or be modified without detection. Thereby eliminating the need for middlemen or authorities.

Blocks by themselves are an interesting concept. Does it remind you of a family?

A ‘block’ very simply, verifies and records any new transactions. Thereby creating a permanent record. Roughly every ten minutes a new Block is created and added to the blockchain. Once created a ‘Block’ steps away from the spotlight and ushers in the next block. Yet, even as it steps away from the spotlight. It holds hands with the next block and lends it credibility. Much like a family giving its surname to the next generation. Its Hash is imprinted and carried by the next block. Thus forming a chain of blocks

Here is a live sample of a chain being formed of Blocks and a pictorial representation follows.

Think of a notebook with page numbers to indicate the linkage or chain. It is possible that someone could replace the contents of the page without having to alter the page number. Well, we may never notice something amiss since the page numbers continue to tally.

Let’s dive deeper into this image. This digital signature or Proof of Work you notice in the header of a block is a cryptographically generated key. Any change in the transactions listed in the block will substantially alter the Hash/Proof of work/signature of the block. You also see that the next block carries the signature of the previous block. This is the chain linking them. So the minute any transaction in the previous block is altered. Its hash will change. It won’t tally with the one already imprinted on the next block! This makes it very evident that the details have been tampered with in a Blockchain.

Thereby giving this framework of peer to peer interactions the security & immutability features. The block and chain are the foundational elements, the very molecules, upon which the premise of Blockchain is built.

Leaving you with an idea of how a real Block looks like. The blocks are not without their own quirks and sense of humour. There are Orphan blocks, uncle blocks, Stale blocks, Genesis blocks and many more funny blocks out there. Go on read about them here and pass on the chuckle:).