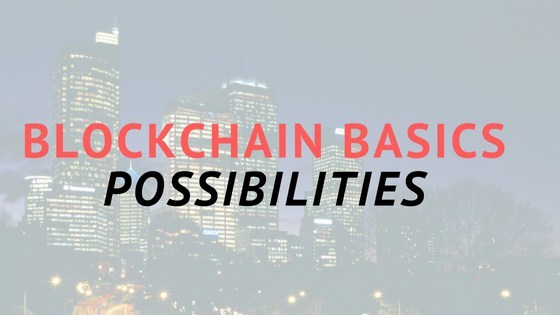 Truth be told, none of these above terms are missing in the world of technology today. We have secure databases, digital databases, distributed ledgers even. Why then, is Blockchain considered as the messiah of the internet? Why is it said that the ‘world wide web’ is about the exchange of information and Blockchain will be about an exchange of value?

The industry is expecting Blockchain to be able to resolve world hunger, serious! Proponents claim Blockchain will make it easier to trace ‘blood diamonds’, something that has plagued us for decades. Be able to reduce and even eliminate accounting fraud. Think Enron! Voting in the elections. Moscow and NASDAQ are in the process of deploying Blockchain for electoral and shareholder voting to prevent fraud.

A world without intermediaries.

Now take a giant leap across and Blockchain supporters believe that it will make it possible for you and me to borrow from peers and not just depend on a bank. A completely new fundraising mechanism. The currency exchange guys believe that Blockchain will reduce their transfer transaction times from days to seconds. Tough to imagine that level of improvement in productivity and efficiency. Days to seconds! Wow. Artists are singing praises because they believe Blockchain will deliver them from the clutches of record labels who corner more profits than the artists for their work.

Look around you, intermediaries in every industry sector and transaction garner far more value than the buyers and sellers. Think of the farmer getting a pittance for his produce while you pay escalating prices for greens.  With intermediaries a.k.a traders/middlemen earning a significant chunk.

Summarising the possibilities gets this list below to emerge. A broad cull from all the herd of hype about Blockchain.

The above possibilities emerge in the way many of these existing technologies of Digital databases, distributed ledgers have been intertwined with newer concepts such as Consensus Protocol, Smart contracts, Proof of Work, cryptography to create the Blockchain framework. Thereby unleashing immense possibilities and benefits.

Each of these sits well for deeper conversation and exploration. And will soon come here too.

There are much jargon and ‘big’ words in the post. Thereby straying a distance from a key objective of keeping it simple. That is part of the challenge that is being wrestled with.  With time, practice and deeper conversation and real work, this space will read better.

Jump in. Let’s keep the conversation going. In our own small pockets and larger forums. We’ll get somewhere.