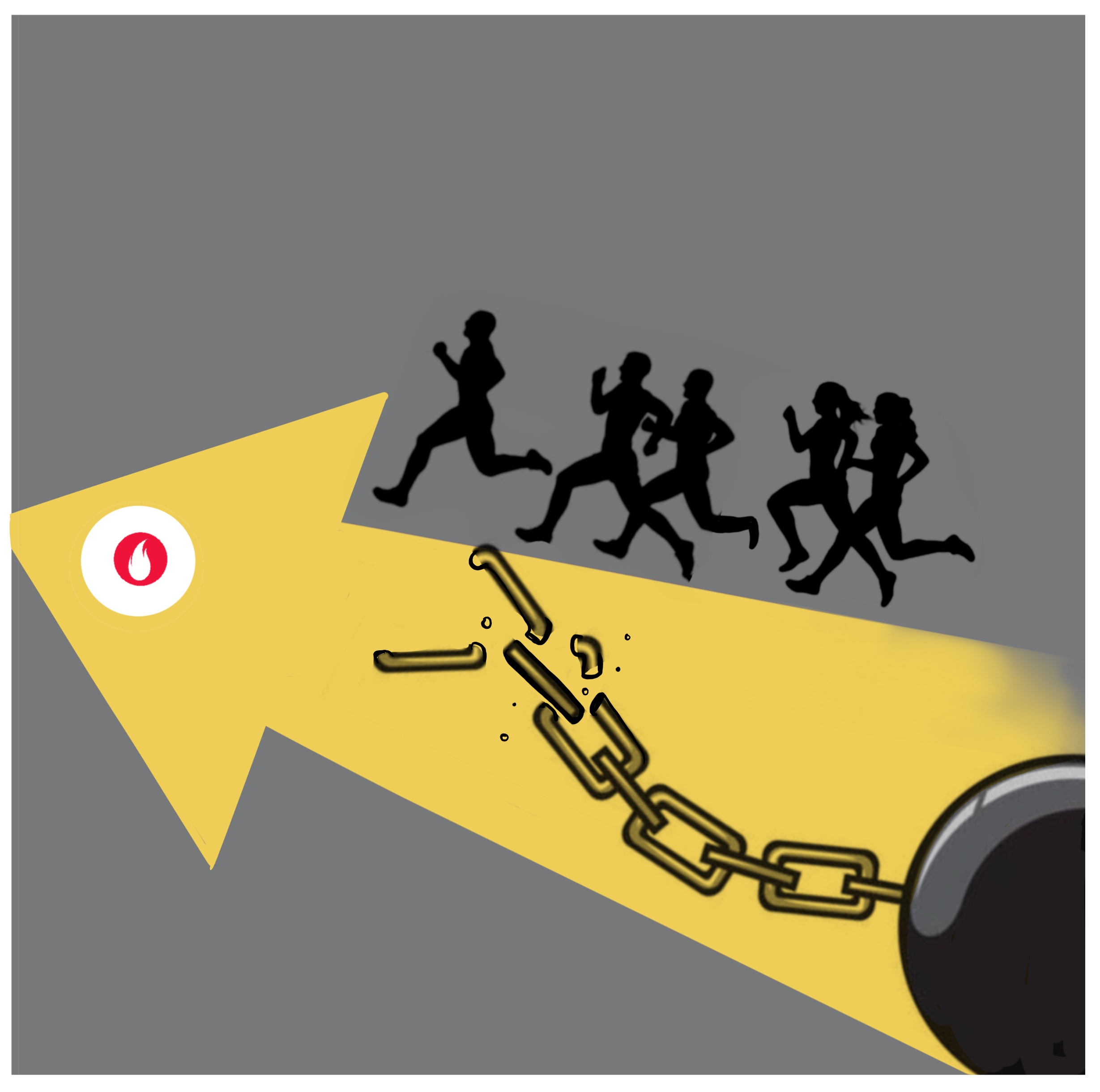 Today I want to tell you a story of how I got into one of my favourite routines: distance running. Several years ago, many layers of fat had piled on all places consequential and otherwise. I was a morose, couch potato whose dreams of an active lifestyle fit into the ‘someday’ column. I didn’t like being in that state. But getting started with changing my lifestyle didn’t happen with that dislike!

One evening a very close friend came home and told me that he is joining a running group. He was going to get to a meeting point at 5.30 AM four days a week. I listened to it and stayed deaf. Realising that his ardent enthusiasm elicited a riveting silence, he said, “you can come along too”.

Now, I had to respond. I thought about it, cleared my throat and spoke with enthusiasm. “No”. That’s all I said.

Over the next few days, he stayed persistent with the effort. Lo and behold, I did show up at Aarey Colony in Mumbai., which is where the group met. I was very clear that I was showing up for reasons of preserving friendship than fitness. ‘For a few days’, I had told myself.

Getting Started With Running

It was a motley crew of people that cold Aarey morning. People of all sizes and shapes were stretching and getting ready to run. Some fit to be professional athletes and others, lets put it this way, who were just like me. The coaches asked me to stretch and got me running.

At 50 meters or so, I had enough of it. Or rather, my body said so. Perhaps it was my mind telling me that my body said so! Whatever it was, I gave up and stopped.

The thing with stopping is that I could notice that many others did not!

Most of them were still at it despite not being fully ready for it. That prompted me to take a few more steps. One of them told me, ‘Left foot ahead of right foot. When you are done, right foot ahead of the left foot”. Keep going.

Since then, I have kept going. The farthest I have gone has been 42.2 Kilometers. It was beyond the scope of imagination when I had started out. But most importantly the group kept me going. It was there all along. Each plodding on for themselves but collectively keeping everybody on.

I often ask myself what worked. It is tempting to paint this as a success story with all desirable traits of persistence, hard work, commitment etc.

But, the answer lies beyond that. A few years ago, this search lead me to the work of Otto Kohler, a German industrial psychologist. Kohler’s famous experiment got members of the Berlin rowing clubs to do standing curls with a 44 kg weight until they were exhausted.

Kohler found that the group went on doing the curls for longer than when their weakest members had done while doing the tasks by themselves.

He found that when people of different abilities came together to do a task, they performed far better than they would have done alone. I am more than merely convinced that the Kohler effect was instrumental in me getting started and running all the way along.

So what? Now What?

Its the beginning of the year. That glorious time where you have started with new year resolutions and such else. If you are getting started with some change, keep in mind Otto Kohler and his work.

Think about which group you could join. Who else can you co-opt to work together on the change that you desire? The trick with wanting to persist with change works better when a set of people are at it. How is that as an idea for getting started? Let me know what you think. Drop me a note, when you get a minute or two. And oh yes, happy new year. Here’s to getting started.

Some Changes To The OWL Despatch

I have been writing and putting together The OWL Despatch for a few years now. Typically, one ever fortnight that has a short essay and five interesting reads that I have read the past fortnight. I have also been cross-posting the entire post online. Starting with this edition, I am sharing the curated reading lists and other pieces with subscribers while leaving the essay on the web. The subscription remains free. For now :).

If you are yet to subscribe, may I invite you to click on this link please. Besides sharing it with your friends!