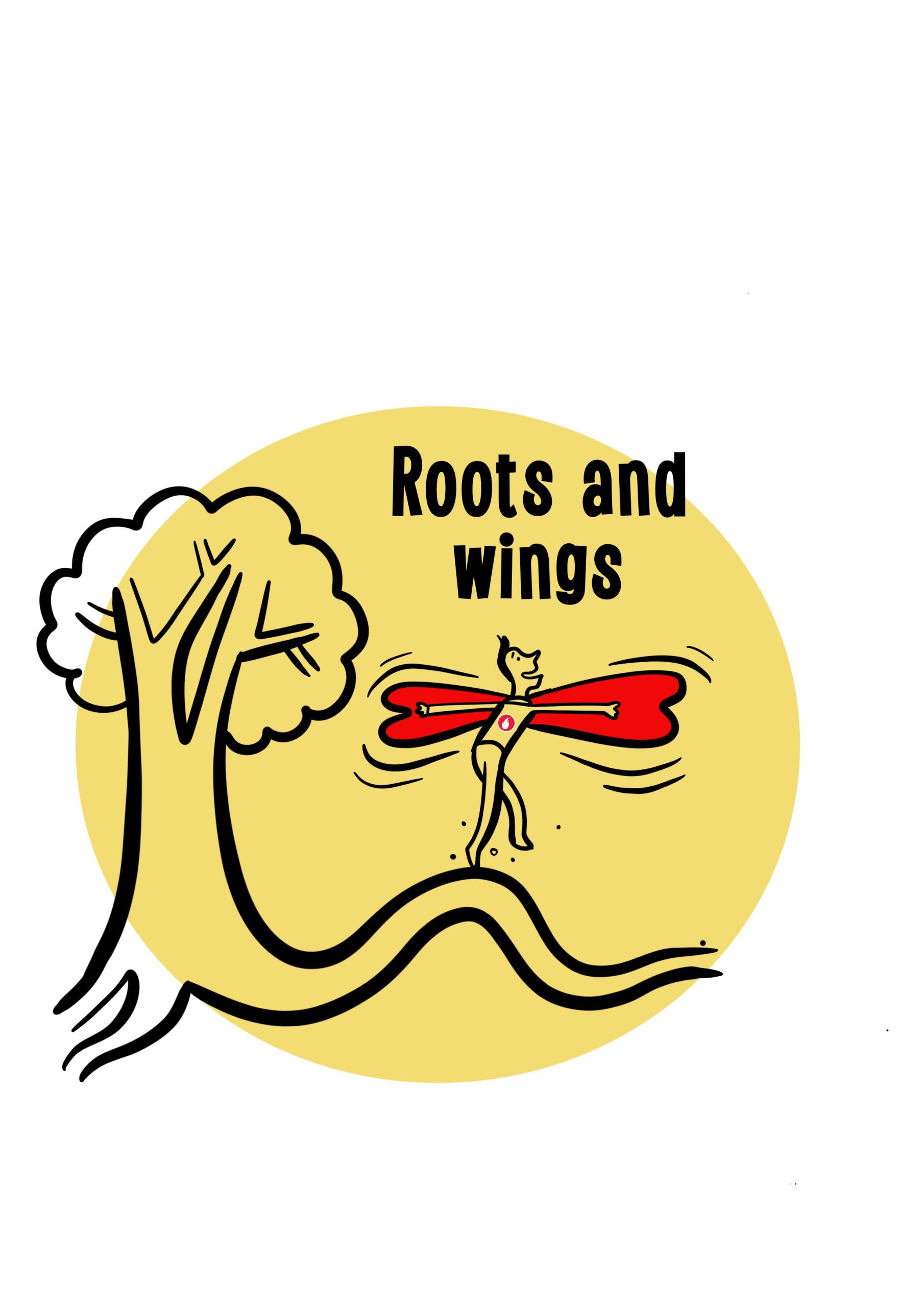 I stole a walk in Nashik a couple of weeks ago in the midst of what is turning out to be a very busy time. As I walked, I chanced upon a huge banyan tree with its roots overflowing onto the road. It’s majestic bearing stilled my amble and made me think of roots and wings. A poem by Dennis Waitley.

Here are two paragraphs. The first and the fourth.

“If I had two wishes, I know what they would be
I’d wish for Roots to cling to, and Wings to set me free;
Roots of inner values, like rings within a tree,
and Wings of independence to seek my destiny.

If I had two wishes, and two were all I had,
And they could just be granted, by my Mom and Dad;
I wouldn’t ask for money or any store-bought things.
The greatest gifts I’d ask for are simply Roots and Wings.”

I love those lines. I have them saved on my desktop as  I make my way through life’s middling ways.

The Wings In ‘Roots And Wings’

The story of Icarus from Greek mythology best presents the story of unfettered wings. The story goes that Daedalus constructed wings made of wax and feathers for his son Icarus.

While doing so, he warns his son of complacency and hubris. Don’t fly too low or too high. Flying too low would mean that the dampness from the sea clogging his wings and flying too high would cause the Sun to melt the wax.

Icarus is so fascinated by flying that he soars away only to find the wax melt and the feathers wilt. Without his wings, he plunges into the sea and drowns.

The story of Icarus is often held up as an example of how hubris and greed ultimately destroy any good. Hubris is having a good run these days. Fuelled by social media’s ‘like’ button and insane compensation, many executives are flying too close to the Sun.

Roots and wings are necessary to go a long distance. Wings without roots, is a disaster!

The Roots In ‘Roots and Wings’

Wings are glamorous. Roots are boring. They are not picturesque and don’t seem to offer much.  And they are so easy to be overlooked.

What can be good roots?

They are the solid foundation on which we make continuous choices in our life. What better can we leave our children with if we do not leave them with a set of ways in which they can decide which road to take, when forks show up?

The world we live in so filled with choices. Some of them are so inviting, persuasive and tantalising that they are like a slam dunk decision. Except that they need not be when viewed through the prism of roots and establishing what is the right thing to do.

Roots provide the safety for the stretch that wings provide. In more than one way, roots pave the way for change. They are the bow that gives wing to several arrows of passion, growth and change.

So, what are your values like? Stuff that you stand for that guides all of your thought and action? Think of them and shape them well.  That’s what I told myself on that wonderful morning looking at the banyan tree and the overflowing roots.

1. Microsoft released the results of its Work Trends Index. It comes at a very interesting time and it got responses from 20,000 people in 11 countries. The whole report is very interesting.

Majority of employees (87%) report that they are productive at work. At the same time, 85% of leaders say that they find it difficult to have employees are being productive. Welcome to the new world.  Read the full report here.

3. Did you know that our fragile planet is close to hosting its 8 billionth human. 8 billion. Are we one too many?

We need many new things. Amongst them, critical will be a bunch of hard questions. Like, can we afford to live as we have been? That the question is there belies the answer. Read more

4. A growing number of men are lengthening their legs. By breaking their femurs. I have been dumbstruck after reading this. Would you do this? Read here.
Growing new wings!

5. Imagine a time in the not so distant future, when there are a lot of Electronic Vehicles on the road. Have you wondered what would happen to the electricity grid when everyone charges their vehicles at night?

By the way, a hair care brand called ‘Faith in Nature’ has legally given a boardroom seat to ‘nature’. Reminds me again we need to think of skillsets and mindsets too when toolsets dominate. Thats how you have the best of roots and wings!

Until next time, stay rooted while flying high. Best wishes. 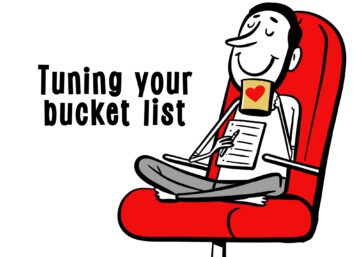 Writing down a bucket list helps your know what you really want. It reminds you...