What Is The Opposite Of Distraction? 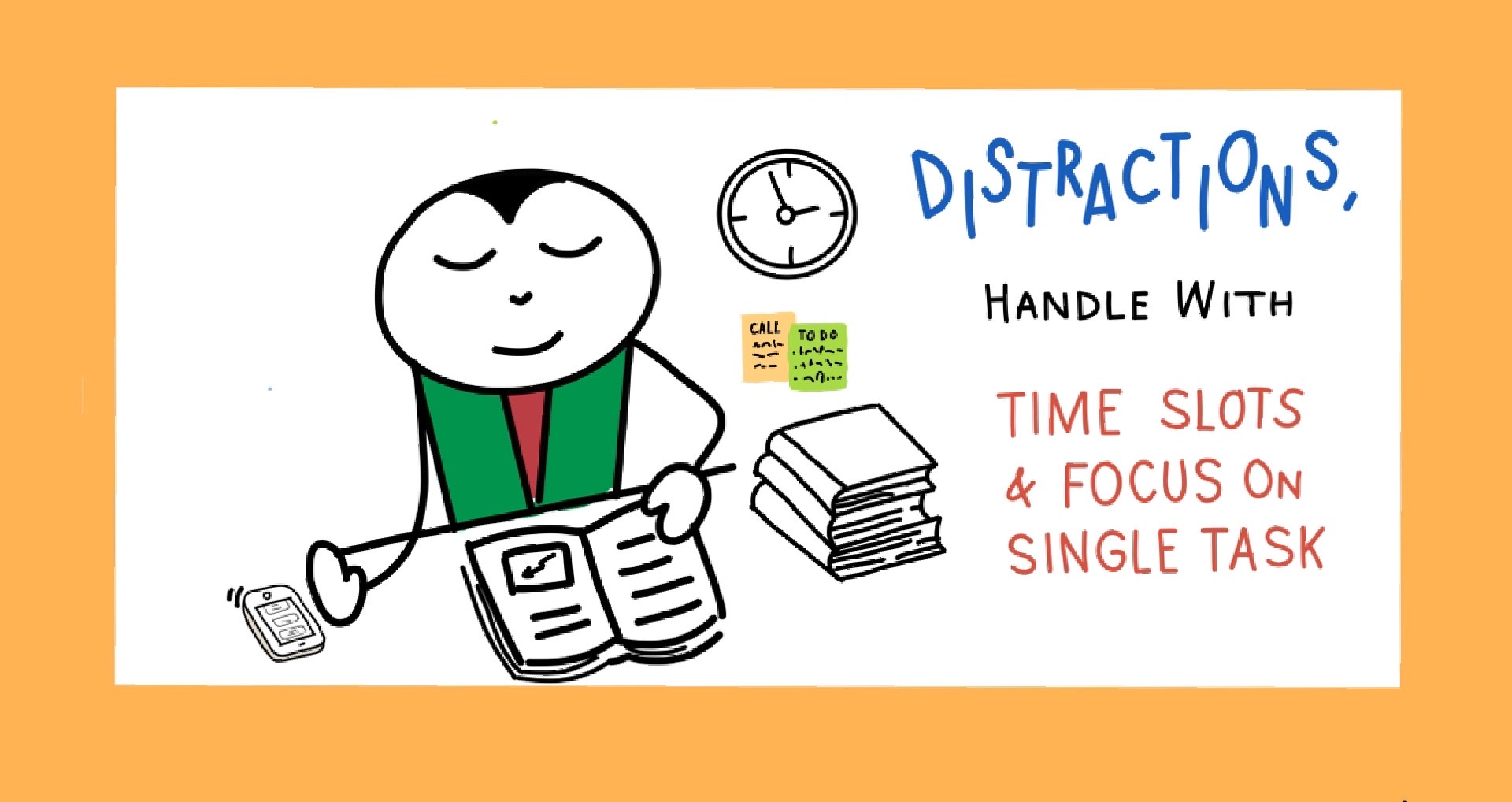 This is one question that I have been asking people the last couple of weeks. “What is the opposite of distraction?” And the answers have generally been Concentration, Focus, Attention and the like. Which of course are valid. But I have a different answer in mind which is what I wanted to write about.

First, some context. Over the last few weeks, my calendar has had sparse empty spaces. Travel, conversations and plain intense work occupying much of it. On the side-lines of such intensity, I became very present to the my distractions and hence the question: What is the opposite of distraction?

The opposite of distraction is..

Ok. Here is my proposition. The opposite of distraction is ‘traction’! The last week has been frustrating at times. Especially so, when just after realising that I have been distracted and turning out suboptimal work. For whenever I lost my concentration and focus, the prime thing that got wrecked was traction in stuff that I had to get done. Distraction, as the word indicates, is the absence of traction!

There are reams of books written on distraction. Or the inability to stay attentive with a large share of blame resting on modern devices. But its not always technology. In an interesting piece in the Wall Street Journal titled “TikTok brain explained: Why some kids seem hooked on social video feeds”, there are two very interesting lines.

“In the short-form snackable world, you’re getting quick hit after quick hit, and as soon as it’s over, you have to make a choice”.

“If you want kids to pay attention, they need to practice paying attention”.

What applies to kids applies to us as well. We need ot practice paying attention and stay away from snacks!  After doing some work over the last week, here are two statements I can make with confidence.

If you want to get into a state of flow, do one thing at a time. No, that’s not original. I am fully endorsing Mihalyi Chizenmihalyi’s (of the FLOW fame).  Multitasking is a fraud that hope plays on us. Just being strict about not multi-tasking at work has helped my net productivity!

There is one more aspect. When you focus on one task at a time, I feel less pressure. Incomplete tasks increase the weight on the mind. I also found that my ‘incomplete’ task list increased every time I attempted multi tasking in short spans of time. Completion is a function of doing one thing at a time. And doing it well!

So? Some additional notes

Here are some notes to myself that I am taking the liberty to share with you. My reflections from last week, if you will.

Every fortnight I put out the OWL Despatch. A short essay of what I think will help you and a curation of interesting reads. This is edition 103.

That’s that for this edition!

Heres wishing you the very best for now.  And remember the opposite of distraction is traction! To gain traction, pay attention. Do one thing at a time.