Why do we hoard? 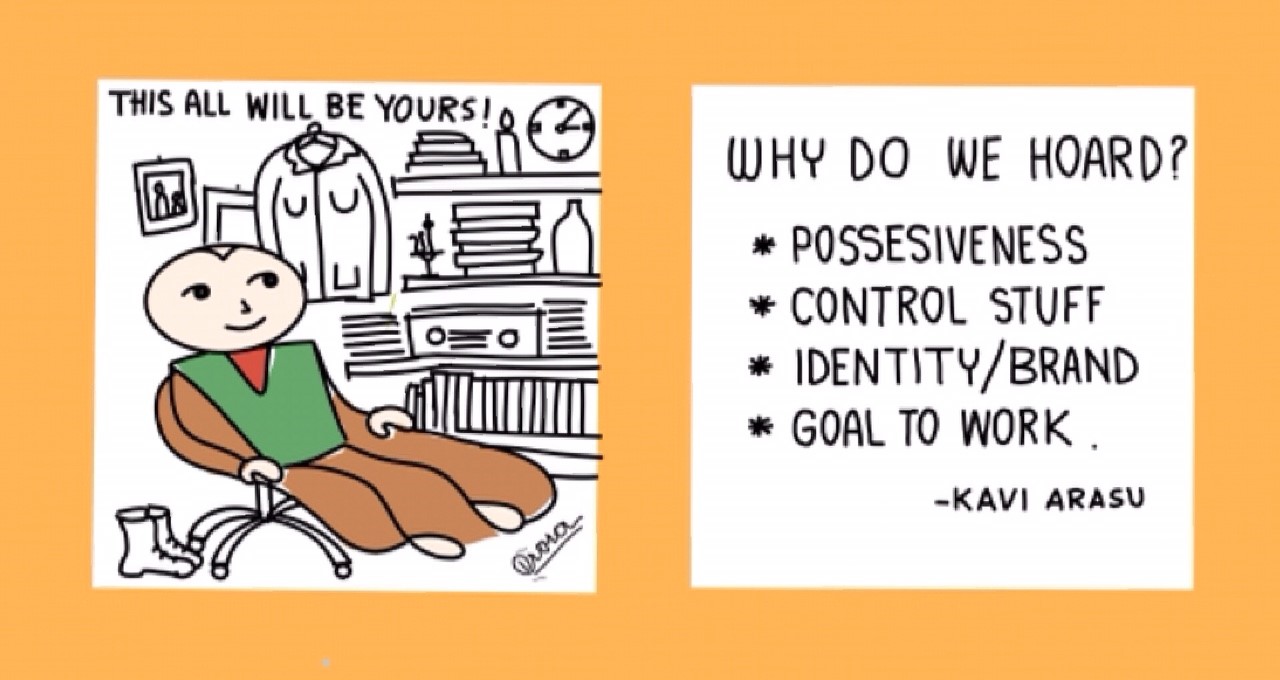 After the demise of my father-in-law, the family has been giving away many of his possessions. It has been one way of dealing with grief. As the family went about doing this, there were many objects which emerged from his wardrobe. There were bottles of perfumes, branded shirts, trousers, footwear and such else. All unused! Often times, nestling in the packs they came into the house with. Which brings me to the central question: Why do we hoard stuff?

Now, he was a simple man who lived a tall life. It wasn’t lost on me that question of “Why do we hoard stuff?” was one that I was asking myself. A question that would not go away. For, in the last two weeks, I have become very present to my own mounds of stuff that I have accumulated over time.

So, why do we hoard?

Important realisations over the last few have been these: I have been reckless in my purchases and ridiculous in my hanging on to items well past their meaning and relevance. The more things I have bought, the more I seem to have hoarded.

But why do we buy? Why do we want to own things? At one level, ownership gives us a sense of control. We are not dependent on anyone else. That’s a practical answer.

At other times, ownership gives us status or an identity. Brands and objects confer sets us apart from others. That’s the story we tell ourselves. Another  friend told me that objects also serve as good goals to work towards. As a reward. A reason to strive. I hadn’t thought of it that way. But, it works for him. These are some immediate reasons.

The thing is tangible objects when combined with the experience of using them, create emotions and memories. We hold to those objects as an important link to that memory. Almost as a piece of ourselves from the past. So, we hoard! At least, that’s what I do.

We hoard without conscious realisation. Every single friend who has moved houses in the recent past has told me they didn’t realise they owned so much stuff. Well, hoarding happens gradually. When we do not consume consciously, we hoard by default.

Hoarding is a natural fallout

If you look for reasons, well, one big one is that humankind has been producing at scale! Did you know, for instance, that the combined weight of all  human-made objects exceed the combined weight of all living things in the world. For the first time ever. “For every person in the world, more then than their body weight in stuff is now produced each week”, I read sometime last year.

In his book, “Possessed: Why do we want more than we need”, British psychologist Bruce Hood examines several angles. One data point that caught my attention is this: the time required for spontaneous combustion of things in average home has gone down from 28 minutes to 4 minutes in the last 30 years. Hoarded stuff is a life hazard!

It is apparent, isn’t it? It’s gotten easier to manufacture. It has gotten easier to ship it to customers. Purchases that would take a few hours of getting ready and driving to a mall, now can just mean rolling over in our pajamas and tap our phones at 3.30 AM! Many unicorns have made their moolah reducing ‘friction’ in the process. Voila, we have more stuff at home!

But is there something that we can do?

I have a friend who keeps her home spartan. I adore her ability to consciously keep it so and so I asked her what she does. Here are two things that she spoke of.

I told her that her last question seemed to be a gem and it would help me quite a bit. What do you think?

This is edition 89 of The OWL Despatch. Typically, I put one out every fortnight on interesting reads I picked up. Here are five pieces for you to chew on.

I have been struggling with executives and business leaders who are on a constant quest to be hyper efficient with everything. Including their time. Just to get them to slow down think and arm themselves well, has been an ask. Towards that end, here are three reads.

The second theme is that of the Post Covid world and how we are all getting ready for it. Here are two pieces..

4. How To Prepare Your Organization For Transformation In A Post-COVID World. This is one read that I found interesting.

5. Has Covid killed off business cards for good?

And here is a bonus. An enterprising goatherd who resorted to posters to advertise his skills.

That’s that for this edition. I look forward to a time when am not possessed by my possessions. Stay safe.

emotionsHoardmemoriesscarcityUse
RELATED POSTS
Ideas For Getting Better At Your Craft KaviJune 16, 2022June 16, 2022