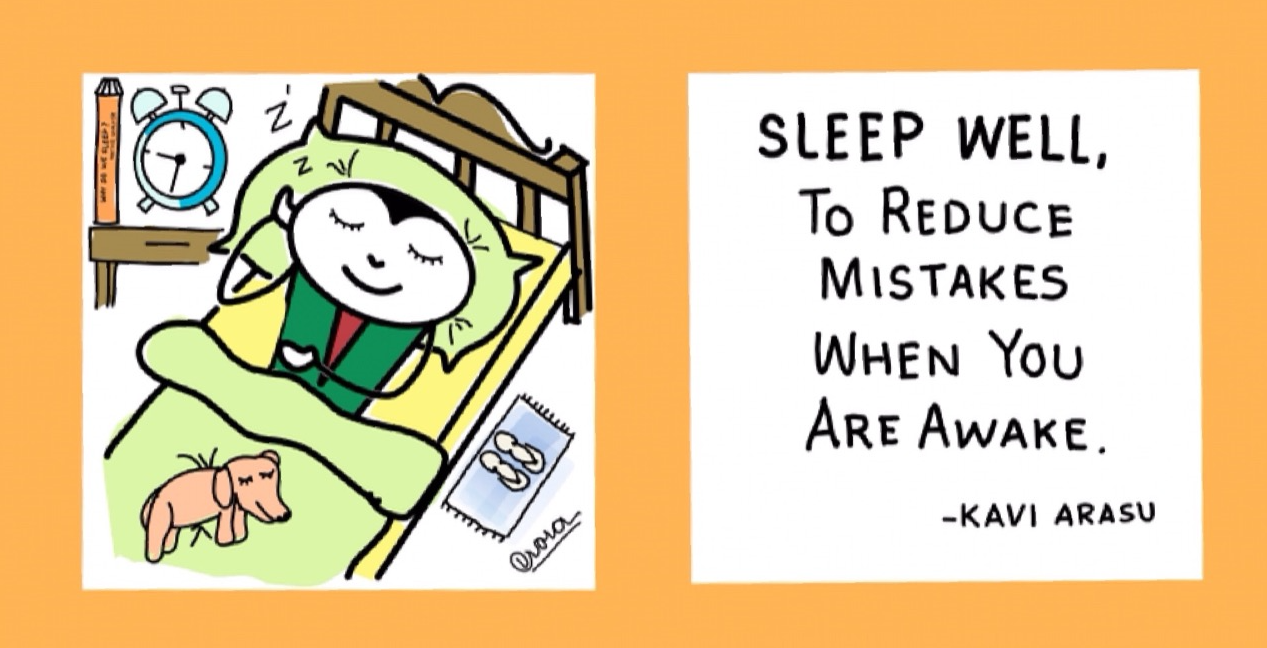 The Guinness book of world records has some rather bizarre stunts. Stunts done for the sake of a record. Example: The most number of scorpions held in the mouth, or the most amount of metal someone could eat and the like. Those get me to sit up straight and awake.

Curiously, there are stunts and records that are no longer accepted by the Guinness Book of World Records. Reason, performing those stunts have dangerous consequences. Staying awake for the longest is one such! Sleep deprivation is risky stuff far beyond general understanding. Just ask the Guinness Book of Records!

The Book That Has Kept Me Awake

Let me start with a back-story. A few months ago, I was asked to adjudge proposals from various organisations. I launched into it for the fun of it. In return, they sent me a book. “Why do we sleep?” by Dr. Mathew Walker. I looked at it with a tinge of disappointment. Sleep was the last thing that I wanted to know anything more about. Leave alone study why we do it!

Truth be told, if you gave me a few more tasks to work on, I would dip into my sleep. I got my 6- 8 hours with regularity. That’s how it has been. I didn’t need to understand why we slept! I had other pressing matters to deal with and of course, stay awake for them. With a dismissive wave, the book nestled under a small pile of other books & reading material that I was burning the midnight oil to finish!

One fine day, the pile seemed to have gotten itself a new order. Why do we sleep, sat right on top. The efficient ways of the household help had moved things around. Between calls, I flipped this book open. And it stirred me awake!

Now, I read. Quite a bit, I must say. Most of the books I read teach me a thing or two. Or leave me with a bunch of things to mull over and talk about. Rarely have they pushed my ‘change’ buttons with the urgency that this book has! By that count, this book is a must read.

Sleep As An Agent Of Change? Really?

As I read on, I became more present to how much our culture prioritises staying awake. Not only that, in a manner of speaking clubs laziness, sloppiness and gross inefficiencies and lays it at the doorstep of sleep.

Business leaders have made a virtue of staying awake. Political leaders parade their commitment to their country by claiming they sleep for five hours or less! And popular culture has chosen to look down upon sleep and invade into sleep time with nonchalance. From prime time TV to night time flights, not to mention other work, we stand compromised. The only species in the world that overrides a biological necessity. Here’s a line from the book that stayed. “The number of people who can survive on five hours of sleep or less without impairment, and rounded to a whole number, is zero.”

The book, with numerous studies, helps focus on why and how much we need sleep. Correlating the lack of sleep, to what seem to be common ills of the world. Cancer. Diabetes. Depression. Obesity. Blood pressure. Alzheimer’s. And so on.

Most importantly, it pokes and nudges you to consider changing your lifestyle. You wouldn’t be far from the truth if some of it felt alarmist. I think the alarm bells must go off to set us awake to the need for more sleep. This book is not a book about how to sleep better. It persuasively accentuates the need for sleep. It pokes willful defaulters who overdraw from sleep to reconsider their lifestyle.

The Story Of The Power Nap

Amongst the various nuggets that stood out was the one around ‘Power Naps’. David Dinges, University of Pennsylvania & Dr.Mark Rosekind who worked at NASA as part of the Fatigue Countermeasures Group and eventually as the group’s director, are credited with the term “Power nap”. The story goes that Prof.Dinges and Dr.Rosekind were working with the Federal Aviation Authority of the USA in helping pilots who stayed awake for long hours. To reduce mistakes due to staying awake, they introduced a short nap for pilots, and called it “prophylactic naps”. Or a nap as a counter measure to probable accidents while flying a plane due to sleep deprivation. .

The FAA agreed with the idea. But thought that the word ‘prophylactic’ would be ripe for snide remarks and jokes and looked for alternatives. The pair proposed ‘planned napping’ but that was thought to be too ‘management-like’. The book says : “Their suggestion was “power-napping”, which they believed was more fitting with leadership- or dominance-based job positions, others being CEOs or military executives. And so the “power nap” was born.”

Staying Awake To The Need For Sleep

After reading the book, I found that many others had recommended it. From Bill Gates to Joe Rogan to several others. Mathew Walker himself had a TED talk on sleep that I found good. Take a look below. And do everything you can to get the foundations of sleep clear! Here’s wishing you get a full 8 1/2 hours of sleep! Every day. That you can treat as amongst the most sincere wish that anyone can give! And by the way, don’t forget the mask.

This is edition 86 of The OWL Despatch. Typically, I put one out every fortnight on interesting reads I picked up.