In Praise Of Limits 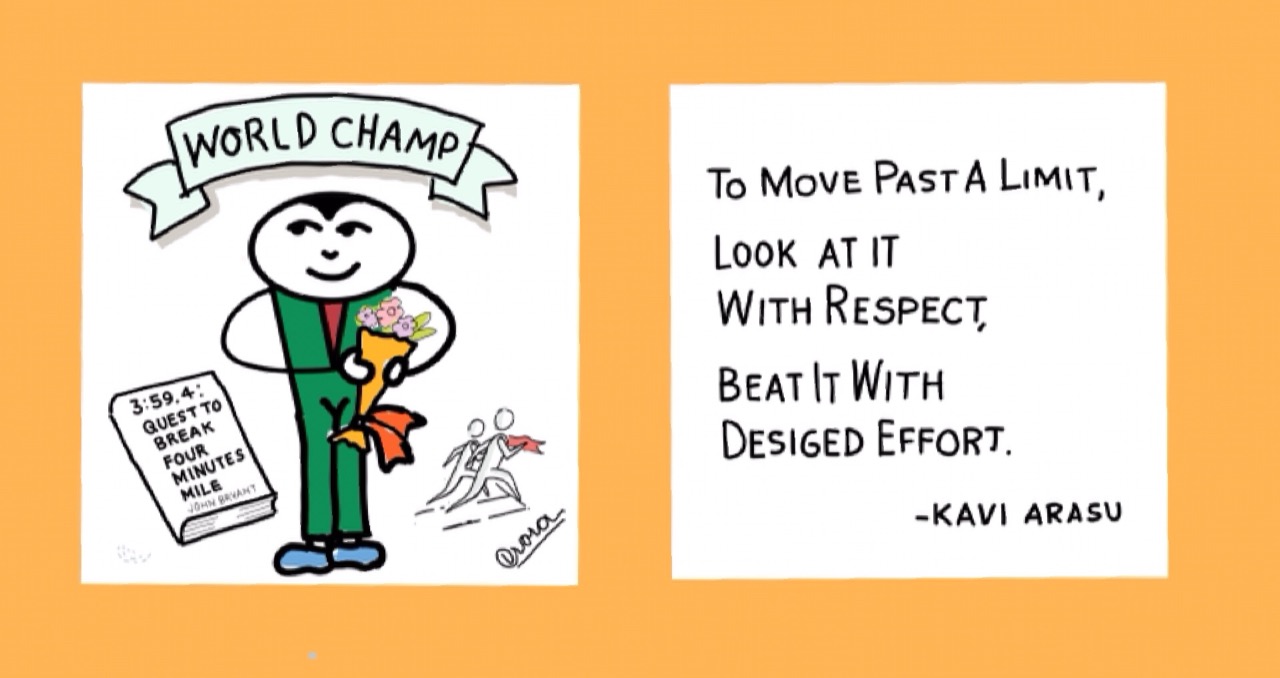 I have a confession to make.  I am a sucker for stories where the protagonist battles the odds. You see, there are limits of all kinds that dot the world. When the limits that the world has drawn stand altered, you can’t but sing in praise of limits. If it not were for limits human kind would stand diminished.

This limit was chased since 1886. The most gifted and able athletes across continents worked hard on putting this limit to rest. Yet, the limit stood firm. Unvanquished as the ultimate barrier of the track and field. The limit was running a mile in under four minutes.

The Doctor On Track

The man who vanquished the limit was a medical student who was disappointed at not having won the Gold medal in the Olympics in 1952. Worse, he had finished fourth! He wanted a medal that was beyond ordinary Olympic medals. And so, set his sights on the ultimate limit:  To run a mile in under four minutes.

Experts had predicted that the record would fall in some ideal conditions: About 20 degrees Celsius. On a dry clay surface with a huge boisterous crowd’s encouragement. On a cold 6th May 1954, Roger Bannister attempted to pull off that win, on a wet ground and 1200 people in attendance.

And he did it!

The New York Times reported thus: “Roger Gilbert Bannister ran a mile in 3 minutes 59.4 seconds tonight to reach one of man’s hitherto unattainable goals. The 4-minute time sought by every great miler for twenty years was beaten by the slim, sandy-haired medical student in a dual meet at Oxford University.”

In Praise Of Limits. What Happens After?

To me, it is not the falling of the four mile limit for the first time that holds allure. It is how many times have people gone past the mile in under four minutes, after Roger Bannister?  Well, short answer: several hundred times! In fact, Jonh Landy, an Australian runner broke Bannister’s record 46 days after Bannister had felled the mile in less than four minutes.

The story goes that when Bannister broke the mark, even Roger Bannister’s rivals were relieved. “Somebody had done it”!  The limit was no longer insurmountable.

That to me is what makes me write in praise of limits. Limits are awesome when they become goals. Goals that are pursued vigorously and beaten. And when that happens, a new limit is born.

There are limits all around us. You don’t have to look too hard! Physical realities, gender, societal norms, caste, social hierarchy, race and such else are all limits on life and living. Every one of these has had their Roger Bannisters who dismantled limits.

To move past limits it is important to move past the limits the mind sets. To look at it with respect and to beat it down with designed effort is important. For one it will lead to living a purposeful life. For another, that effort can well lead to the discovery of someone’s Roger Bannister.

Living A Life By Design

In my opinion, breaking limits with grace and endurance requires living a life of design, choice and discipline. To live by design is to make choices. In a world filled with abundance, more often than not, it is about saying ‘no’! And staying focused in the pursuit of a limit, bettering oneself every minute.

A life lived by making the right choices, is no bed of roses. Such a life has its consequences. When you live a life by choice and design, and not languid default, you are far more aware of consequences these choices bring. And something that you have a better opportunity to prepare for!

If you are contemplating this, may I recommend the book “3:59.4: The Quest to Break the Four Minute Mile” by John Bryant. I was quite taken.

This is edition 85 of The OWL Despatch. Typically, I put one out every fortnight on interesting reads I picked up.