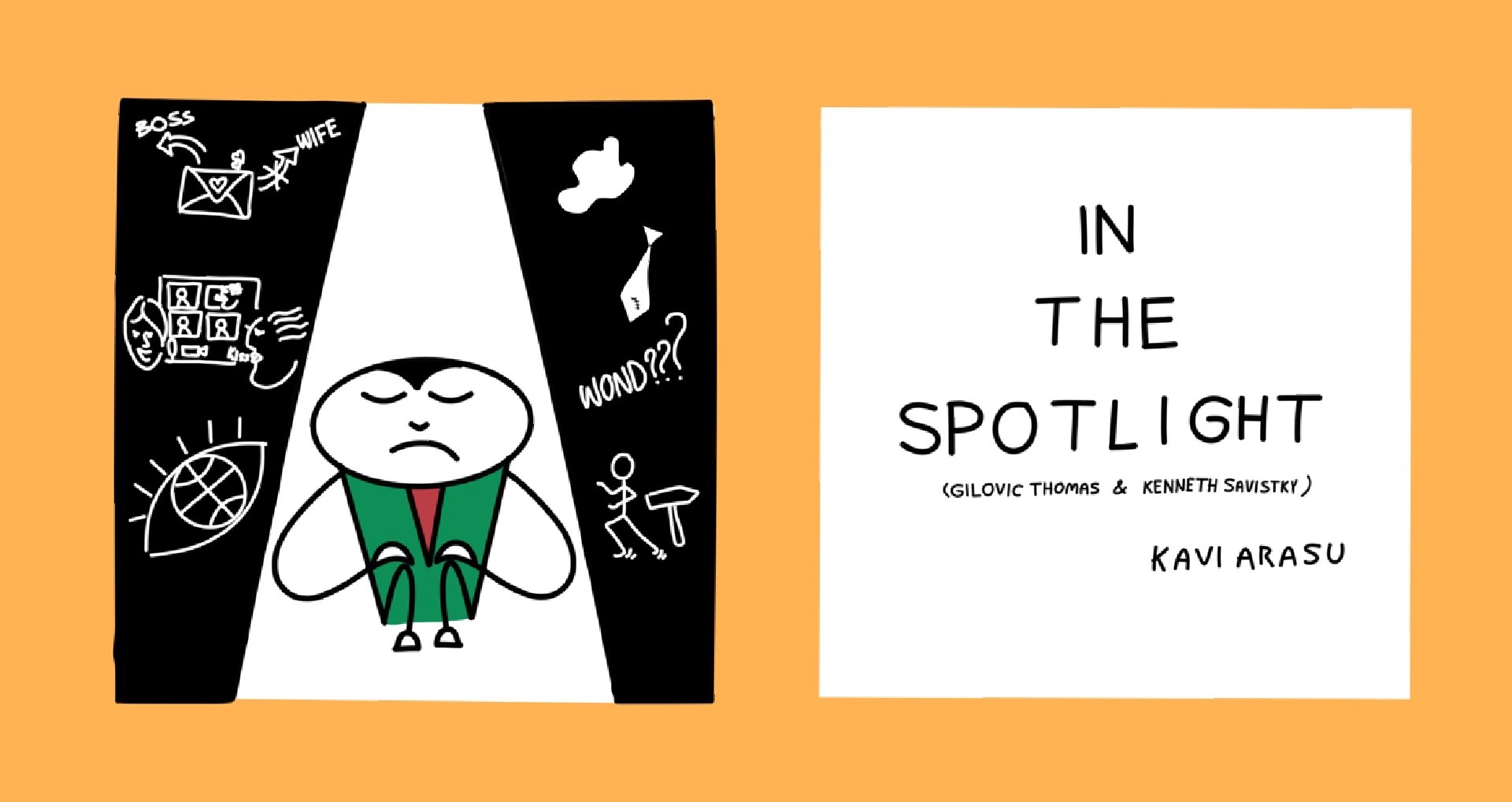 Many years ago, while performing in a play, at a crucial point, I messed my lines up. I had blundered in the spotlight with the world watching me! I wished the earth would part beneath me and I could disappear into that sinkhole!

Have you had such a situation? When all eyes were trained on you and you are in the spotlight? In an unenviable sort of way? It has happened with me several times. I have often wondered if I am a faux pas machine with the world as my stage and all its dwellers perpetually training their eyes on me.

For example, I have spilt everything from coffee to soup to khow sueay on my trouser leaving me with a stain on the trouser and a gash in the mind. Other examples abound. I have stood in the wrong queue, run the wrong race, wore the wrong clothes and the sent the wrong email to the right people. In more recent times, I have missed switching off my camera and microphone on webinars and calls. I will let you imagine all the consequences of those!

The next time you think you are in the spotlight, here’s an invitation: Remember the work of Thomas Gilovic and Kenneth Savitsky. I often do. They called it: The Spotlight Effect. The spotlight effect is simply the tendency that makes us overestimate how much other people notice about us. When the spotlight effect is at work, we end up thinking that the world is laughing at / is super impressed with our act! Far more than fact!

As part of an experiment, Thomas Gilovic and Kenneth Savitsky got people to wear T-shirts that were potentially embarrassing. The folks that wore the T-shirts thought far more people noticed them than what was the case actually. Researchers A.J.Mills, Simmons and Helms Mills said it well: ” The blemishes and cowlicks that are so noticeable and vexatious to oneself are often lost on all but the most attentive observers.”

Why does this occur?

There are a bunch of reasons. The chief one being ego-centrism. Where we think of ourselves and our universe more. I am central to my own universe and I could think others are observing me as closely as I observe myself! Not pausing to think that others are busy in their own universe as well!

No. We may think we are in the spotlight and all eyes are on us. The spotlight effect points out that and the ill effects of that are imaginary!

So, what can you do?

These come to my mind. The next time you commit a faux pas in public or made a fabulous point in a meeting, know that people are busy. Many may look up momentarily. Some may notice enough to chuckle or stay curious. Most would move on! Immersed in their own worlds of notification lead lifestyles. Two, even for the most present with a giant memory, their perspectives may not be as accurate as what you think it to be.

By the way, when I was in the spotlight, the real one that is, acting in the play and messing up my lines had an interesting twist. Much after the performance, I sought out the director and fixed up a conversation. An apology was in order. Tossing and turning in bed the previous night, I had imagined him being angry and cheesed off. When we met, he stared at me incredulously, when I apologised.

I knew I had messed my lines. He had noticed it too, but was happy how I managed it and none in the audience got it! At that moment, I rued the fact that I wasted two weeks of my life drowning in a false sea of shame and sorrow. For no reason.

This is edition 77 of The OWL Despatch! It’s a labour of love with a short essay and a five links for readers. It usually goes out every other Tuesday. As always, here are five pieces that I read over the last two weeks that could kick start some thinking in you.