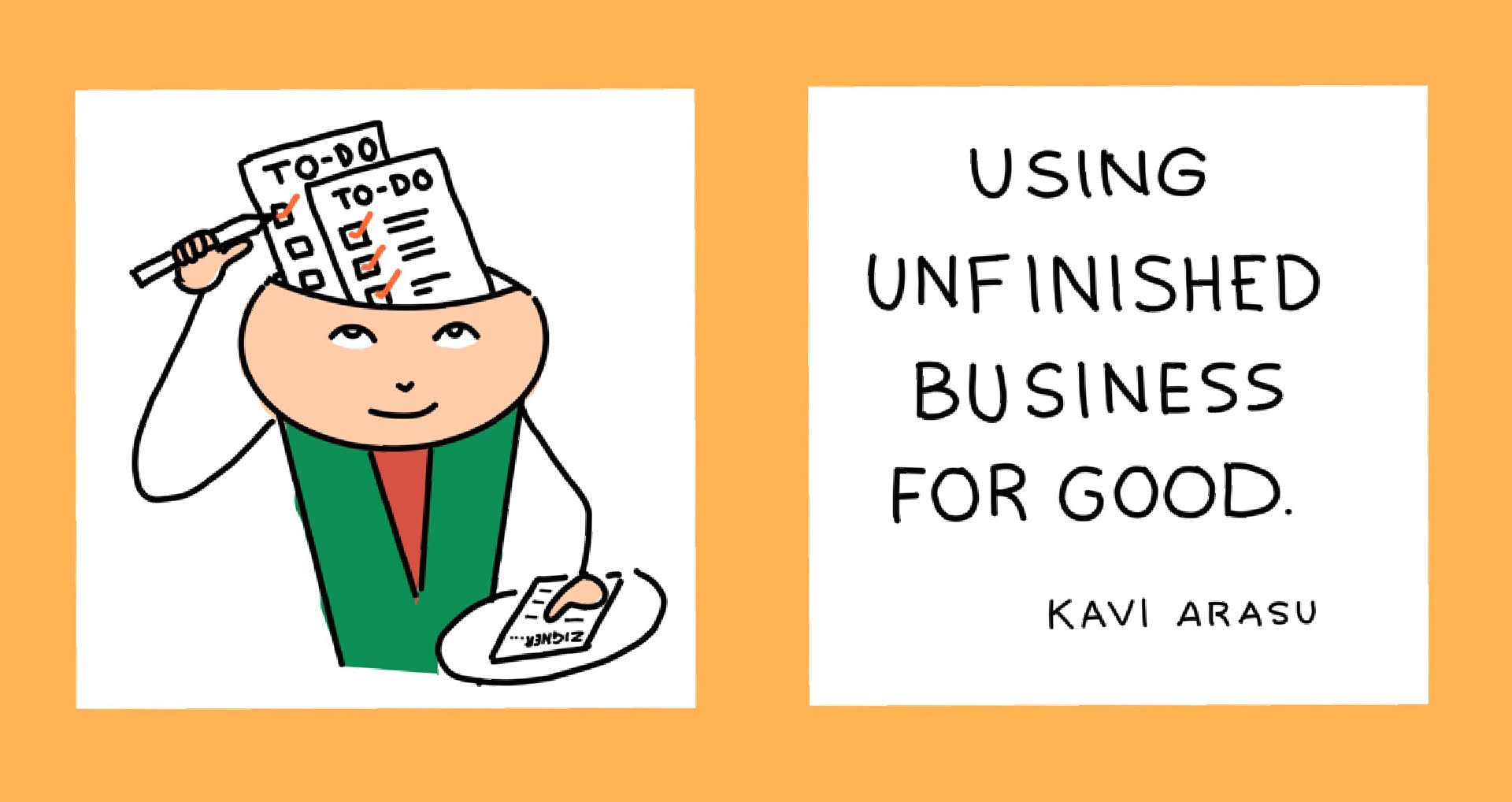 My friend Steve called me up last week to tell me that he hasn’t heard a story from me in a while. “Unfinished business without one” he told me. So, here’s a story from Berlin from the mid twentieth century.

A protégé, her colleagues along with her mentor were having food at a restaurant in Berlin. From drinks to starters to mains and desserts a waiter served them with perfection. He never wrote down anything yet with a nod or two served them well. He brought right dishes and drinks for everyone.

After everyone had finished eating the lady realised that she had left her purse behind. When she did head back, the waiter couldn’t quite recognise her or where she was seated just a short time ago. How could that be? The waiter had a simple explanation. His task of serving them was completed and he fully shifted his attention to the next task at hand. He had to shut himself off and focus on what he was responsible at t that moment. To him, his uncompleted tasks were the ones that mattered.

The mentor was Kurt Lewin. And the protege was the Russian psychologist Bluma Zeigarnik. That dinner lead to what’s called the “Zeigarnik Effect”.

The After-Effects Of The Zeigarnik Effect

Interrupted work, unfinished business tug at our attention. They have a tendency to remind us of their existence. Sometimes at odd times when we would much rather not think about them! Like when we are enjoying a quiet evening with the family or soaking in a beautiful sunset.

A desire to complete a task can lead it to stay in a person’s memory until it is completed!  When completion does happen, the process of forgetting has a greater chance of happening. There are several other fascinating implications and results.

Here’s another pointer. British psychologist John Bradley conducted a set of experiments where he invited people to solve anagrams.  After they were done, he asked people to try and recall words used in the experiment. People remembered the words that they had not solved far more than the ones that they had! Unfinished business, interrupted work stay with us longer!

That leads to another question. Have you ever felt anxious or stressed when you have a lot of things to complete? I have! You can leave some blame at the door of the Zeigarnik effect. Incomplete tasks, especially those with not so happy consequences lead to stressful intrusive thoughts. And affect mental health in a big way.

Are there things that we can do? Turns out there are!

The Zeigarnik effect has inspired many. Soap operas, internet order forms, the Kindle, Linked In and many others have used it well for their own causes. All that, later.

To part satiate my academic curiosity, I ask people I meet new what goals they are working on. Here’s what I have to report for you.

1. The number of people who have a plan for themselves, a sort of a periodic goal, convert that into a daily task list and reflect on it regularly are a tiny minority!

The very act of writing goals down gets the Zeigarnik effect getting going! By the way, these people are not just entrepreneurs and business folk. Artists, authors, community workers, sports coaches all say it works for them in their domains.

Writing down goals for periods of time and converting them to daily tasks makes a huge difference.

That Time Of The Year

2020 is fast hurtling to an end. More importantly, 2021 is all set to arrive. A fresh chance to begin afresh. Can we begin an audit of what’s worked in 2020? Take a moment to list down all that’s gone well. The year may have been a cesspool of despair but are there silver linings? What all have you have managed to complete?

And then of course, plot the course of action for the next year! Catch all unfinished business from 2020 and years before and capture them on a page! Personal goals? Financial goals? A relationship that you want to mend? Habits you started out with but gave up? Diet plans that were gobbled by Diwali sweets?

The act of writing goals down and converting them to a daily task list that is reflected upon, is such a simple yet powerful thing to do.

The Kindle and LinkedIn Connection

Have you notice LinkedIn say “Your profile is 95% complete”. Read a book on Kindle and see it tell you that you have completed X % of the book. Guess what! The Zeigarnik system is being put to work. The chances that we complete the profile or the book are far higher when the unfinished business is given a nudge!

The OWL Despatch is a labour of love where I curate five interesting posts from the world that I am compelled to share. This is edition number Seventy One. Here are five posts for this edition.

1. 2020 tore many people away from us. Tony Hsieh is one such. His courage to think and bring to life alternatives to established organisational cultures will always be loved. Here is a lovely interview of his from 2017. He left many an unfinished business behind in the culture space.

2. Microsoft introduced a new “Productivity Score“.  With a tool that gathers data on employee behaviour across 73 metrics. Like how often they turn their cameras on and how frequently they send emails! ‘New Normal’ anyone?

3.  “Why We’re All Likely Spreading Misinformation, and How to Stop”. This one made me stop and ponder. I realise I have to get better on some fronts. What about you?

4. The Two Way Resume. I won’t say anything more. Give this a thought. Share it with anyone who is considering updating their resume. “

5. I love good design. Good design invariably makes life easier. Here are 40 super designers who have thought of details while they designed.

And here’s a bonus. “Letter to my granddaughter: I hope you have a Federer too, when you grow up” from 2017.  There is a line in there that quotes Polish poet Stanislaw Jerzy Lec: “Youth is the gift of nature, but age is a work of art.”

Deepak drew the image this time as well.

2020 is fast hurtling to an end. Girdle up. Start preparing for 2021. But even while doing so, don’t let 2020 go without milking it for the lessons you learnt.  If there is unfinished business, a plan can be a great place to start. I am making my plans to do something special for readers like you. Lets see how I go. Wish me luck!