How Do You Know You Are Growing? 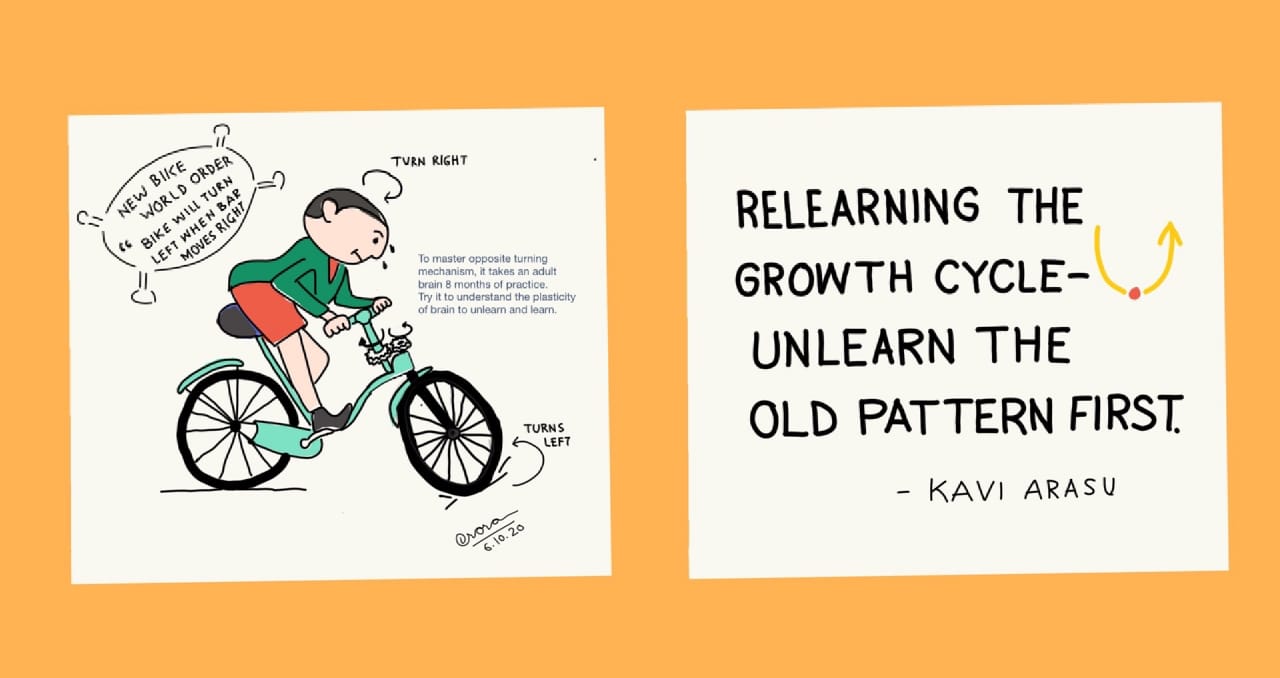 If there has been one word that the world has been obsessed with, it is this: Growth! From parents to investors, from politicians to CEOS the emphatic north star is growth. The one question that gets people thinking is this:  How do you know you are growing?

The first answers that gallop out are the obvious bordering on lazy! Money. Power. Relationships. Promotions. Access. Market share. You know that well.

To me, thats a woefully incomplete answer. For two reasons. The first one is that those are lag indicators. Outcomes if you will. Material success as measures of growth are poor indicators. A poor lag indicator. The valet that opens your car after you have arrived.

The second reason is that material success is a function of several other elements that includes luck and timing. While its tempting to appropriate all success to oneself a simple parsing of the surface will point to other contributing factors.

So, how do you know you are growing today?  What can you do today that keeps you in the pathway to growth? Incomplete and wrong answers get us to harbour fuzzy notions of growth and ruin our daily lives. Let’s stay with that question.

How do you know you are growing? Really.

Lets keep it simple and jump to the point. You know you are growing when you have a new set of habits that help you do new things or do stuff you were doing, differently. Now that the cats out of the bag, please take a minute to think.

Therefore, what new habits, toolsets, skillsets are fresh and keep you your mind young and elastic?

Holding on to what brought us success in the past is a screaming fault-line that most of us are not aware of and some of us just cant cross. That leads me to a bicycle story.

Destin Sandlin and his bicycle fascinate me.  I urge you to look at the video. In case you don’t have the time, here’s a thumbnail sentence. It’s a ‘doctored’ bicycle. If you turn the handlebar right, it turns left and vice versa.

The question is, can you ride this thing? For most of us, that seems simple. Except, that it is not.

I found it fascinating. Especially the bit where he speaks of how his son learn’t to ride it in a couple of weeks while he took six months!

When our patterns get broken, new ones emerge. Its tough as we get older. Not as much because of age as much as its because of past success and how it interferes with new patterns emerging.

Our busy lives governed by overflowing calendars and little patience gets us to miss what we must design! Staying young in the mind is a deliberate action. Learning often is a deliberate choice if you want to sculpt it beyond the busy calendar.

Alvin Toffler said famously, “the illiterate of the 21st century will not be those who cannot read and write, but whose who cannot learn, unlearn and relearn”. And yes, he is a futurist!

The next time you get a promotion, a new job, a new house and celebrate it as a symbol of growth heres a reminder to ask yourself this question: How do you know you are growing?

Make a list of what brought you success in the past that you have chosen to let go of and go beyond. If thats a list you are happy with, well, you have your answer.

The OWL Despatch is a labour of love where I curate five interesting posts from the world that I am compelled to share. This is edition number Sixty Seven

1. First off, here is an emoji that has been approved for 2020! A face showing a spiral eyes, commonly used to indicate dizziness, but may also represent hypnosis or other forms of disorientation.

Pretty much appropriate for 2020, I would think. Here are some other emojis that have been approved.

2. Topical to this edition on learning is something I found on Chinese philosophy that calls for abandoning ‘originality’. It is something that I would urge you to look at with a clear mind.

3.  There is a new weapon against COVID that has been in vogue in Finland. I wondered what the world can learn from that.

4. Amongst the various things that I struggle with, letting go of possessions is close to the top. I am using the pandemic to work on reforming myself while realising that a lot of others are silent sufferers too. If you are one like us, here’s something for you. “How to let go of any possession?”

5. Have you heard of a ‘Coffin Confessor’? Well, here is a person who gatecrashes funerals and speaks for the dead. It takes all kinds to keep the world going. The dead included.

Aquil Busrai’s piece titled : “From Disruption to Renewal: HR’s COVID-19 journey” has some prescient thoughts for HR managers. Besides, some part of the OWL Despatch also features there!

Deepak has worked on the image! I am ever so thankful to him.

That’s that for this week. Here’s wishing you unlearn and relearn at a fast clip. That’s a need of the hour.

Growthhabitsindicatorsletting go
RELATED POSTS
Ideas For Getting Better At Your Craft KaviJune 16, 2022June 16, 2022