Dealing With A Rejection 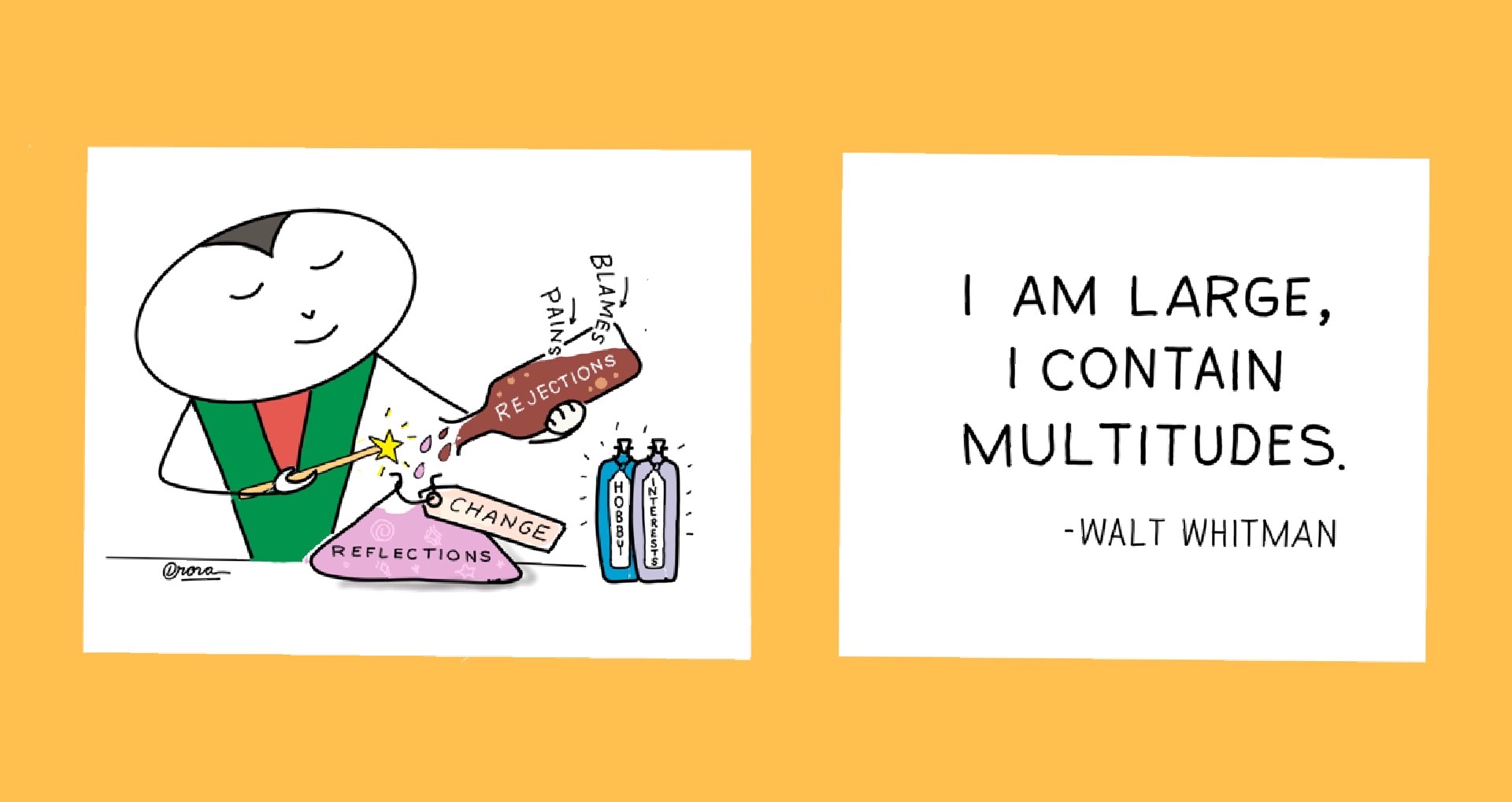 Two weeks ago, one of my proposals was rejected. I spent hours crafting it and it was special from what I thought, and still think, it would bring to people. To make matters worse, the presentation and the result declaration was on Zoom in the presence of many others. It was clumsy and left me with dealing with a rejection that I thought I didn’t deserve.

Like a tornado in full swing, a heady cocktail of thoughts and emotions swirled and tore away productive hours and peace. Perhaps the results would have been different if I had the opportunity to present in person.  I was sure the gentleman had not read the proposal well enough understood the nuances. Very soon I had many images of times where my ideas hadn’t made much headway waft before me. I felt horrible.

I thought a walk would give me some relief.  After a brief one, I realised that I was upset that I was upset! After a good night’s rest, I pulled up my drawbridges to the world and assembled my distorted thoughts together. I started writing.  My notes, readings from the past, reflections brought alive a few pages. Little did I know then that it would end up as content for this edition of The OWL Despatch! For, I was busy dealing with a rejection.

First off was a reinforcement of awareness that rejection brings pain. Research suggests that the same parts of the brain that get activated with physical pain, get activated with rejection. It is a natural reaction and is to be expected!  The time, place, person, significance and other contextual elements bring alive the pain’s intensity. I was already feeling better!

Now, its not as though I was dealing with a rejection for the first time ever. It is a matter of routine for everyone of us. It is one of the chief reasons why I would recommend that everyone should get a stint in sales and business development.

One of my first managers was exemplary in his job at sales and taught me one important lesson. I wasn’t making much headway in closing a deal and I recall him saying, “You will tend to think it’s about the client and his faults.  Or, you will blame yourself and your inadequacies. Usually, there is more to it. Don’t get personal”.

He taught me that to apportion all the blame to the other person, is lazy. And to appropriate all blame to inadequacies in me or what I was pitching for was ridiculous. He used to force me to sit down and talk to him about ‘What happened’ and not give him my conclusions. Those hours of careful examination of ‘what proved invaluable. Back then and now too. For it taught me to get it beyond a mere ‘blame game’.

He would spend hours helping me reflect on different aspects of the engagement and the conversation. “Perhaps he didn’t really need what you are selling and is just checking you out. Maybe he has a personal situation. It does not mean you have a poor product. And this is ‘NOT’ forever nor does it repudiate all that you have done in the past.”

Rejections are a great harbinger of change. They point to the limits of an argument or how far an idea will travel. Awareness of those limits always gives the opportunity to reflect on what it will take to shift it. Be it in the other person or in ourselves.

Reflections on rejections and seeing it with a blame-free clear head helps in bringing change. Change, of course, is not easy. It takes much effort and is slow. But change is central to life and living. Change makes us human. Rejection and feeling pain is a strong pointer to the future and what lies ahead.

As I wrote more the raging emotional tornado had withered. The writing had teased the energy out of it. That brings me to the final piece of the puzzle. To cultivate and nurture interests in hobbies and other pursuits is super-critical and often go unrecognised. They play a huge part in helping us ride through our professional lives well.

I know of a CEO who took to a sport late in his life because he ‘needed something to hold on to‘ as he traversed a difficult phase at work. Many marathons later, he says running saved him from his job running all over him. The small successes that he had in running provided him with much needed relief and energy.

It was then that I remembered reading Walt Whitman’s quote, “I am large, I contain multitudes”. I am not the proposal that got rejected. When we can plug into different universes dealing with a rejection in one, is easier!

Writing does that for me. What is it for you?

This is Edition# 60 of The OWL Despatch. I can’t tell you how glad I took to put this together a couple of years ago.  Here are the five interesting pieces that I think you should spend some time with.

1. Here’s a piece from the South China Morning Post that was titled – ‘Computer, you are wrong‘. We must dive into the extent to which we rely on AI and other built-in biases. Our thinking has to evolve here!

2. How do you say no, on the job? Saying ‘No’ is hypercritical. I have been learning it the hard way. The world is an inviting place and there are only a few places you can go to now!

3. “After the virus: How we will learn to age move listen learn to create” is from the Wired. I am forever interested in taking a peek into the future. Of course, the only place I want COVID 19 to be in is behind our back!

4. I loved this piece titled “The charm of lonely places“. One particular line wrapped itself around me. “We are keeping an appointment with a disavowed side of our characters, and can have internal conversations of a sort that are drowned out by the normal chatter, the smiling and the casual enquiries of our regular lives.” It was snug!

5. How Things Work In a Pandemic. That’s if you want a chuckle or two. “You don’t own your dishes anymore. The dishes own you”. That’s an urban eye capturing the pandemic if you will!

Deepa sent in this hack that she found on twitter. Did you know Google sheets could come in super handy for translation? Well, I didn’t.

Deepak sends in this edition’s image too. Like the last one and the one before that. He is a nice man!

That’s that for Edition 60. Stay safe. Wash your hands and wear a mask. By the way, life, living and even dealing with rejection is better when you talk to friends. Pick that phone up and talk to someone.