Certainty, In The WFH Era 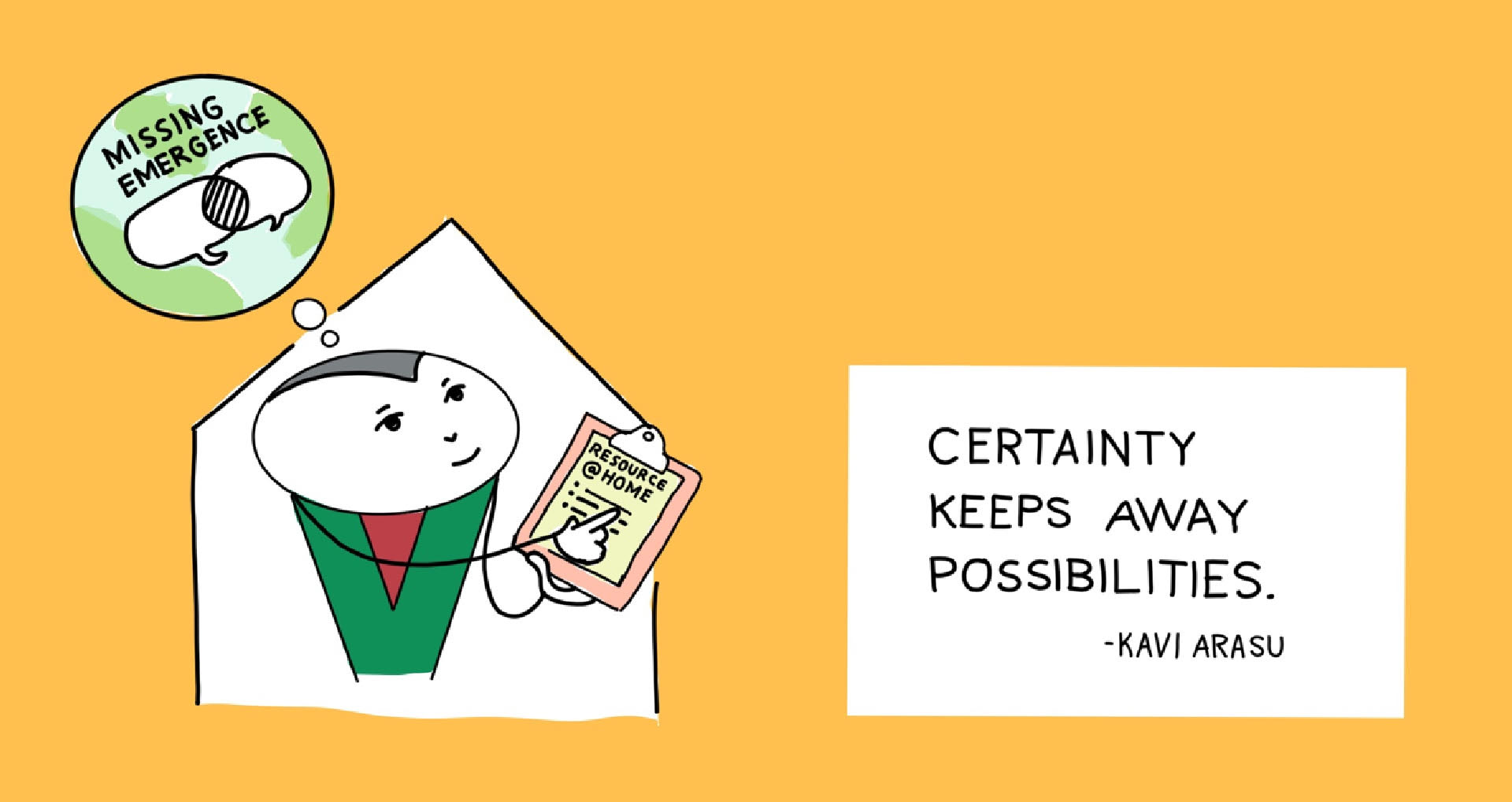 A few weeks ago, I was reminded of a professor from business school. He taught us economics and gave us life lessons now and then. The life lessons have stuck! One such, on certainty, assumes special relevance now.

“In life, there are two occasions for you to pause and ponder. One when you on the side of the majority for a long time. Two, when you keep the company of certainty for a while.

Majority or certainty are not bad per se. But if they stick around with you for a long time on a particular issue or idea or thought, you better watch.”

Of the two, it has been difficult for me to catch myself ruining a train of thought by running on a ‘certainty’ assumption. Of course, I see it in other people far more clearly!

A few weeks ago, a very bright young man told me off as we analysed a business project he was working on. It wasn’t necessary to analyse or look for evidence, he opined, because what needed to be done, was ‘obvious’.  It was his area of work and so he knew best. But the clarity that distance offered me lead me to gaping holes in his logic. Many ‘certainty’ nails had punctured his thought and his arguments fell flat.

As human beings, we crave for certainty. It provides us with a notion of control. When it comes to ideas and beliefs, certainties keep us from inquiry which distances us from thinking. It is a fast route for notions and assumptions to morph into bias etched beliefs. It just happens so naturally, while we are busy doing other things.

It is also the lazy route out.  It is easy to sidestep inquiry into our beliefs by plunging into action. Some action! After-all, everybody loves action. In organisations, innovations dry up when everyone is ‘sure’ of how things work or should work!  It ossifies us to our pasts.

When we get to take things for granted for a long while, we play into the hands of certainty.

“In all affairs it’s a healthy thing now and then to hang a question mark on the things you have long taken for granted.”
― Bertrand Russell

Zen Buddhism has an interesting word that I adore: “Shoshin”, roughly translated to “a beginners mindset”. Certainty belongs to the experts. Thats where experts lose their sheen.

This is particularly poignant now, in the times of the pandemic. This is the time when people are working from home.  The office, the commute and conversations included, made us come in contact with information and ideas that were not coherent with our line of thought.  The graffiti in the train station. The overheard conversation at the airport. The chatter as you awaited your turn in the lunch queue.

The office, and getting out of home, bring about serendipitous contact with people who we don’t agree with. Of course, our beliefs don’t change overnight. But there always was a chance to examine one’s own ideas when something else was presented. Occasionally a shake and/or a shudder resulted when just hearing another point of view!

But working from home is different. From the confines of home, we now can ‘shut off’ people and ideas who we don’t agree with. Filter bubbles got a coating of iron.  Inside those bubbles, it is easy to climb on to our little circle of friends and with our set of people who generally agree with us. And stay engaged in discussion, perpetuating our certainties in the name of dialogue and debate!

All bubbles get busted someday but filter bubbles have a life of their own.  Good places of work, have a healthy way of fostering debate and disagreements without being disagreeable.

Working from home, has seen the evaporation of serendipitous conversation. What remains on the calendar are planned meetings and pre-arranged conversations. Fringe ideas don’t get enough runway for a debate!  That leaves us holding our certainties for dear life.

Here are two aspects to reflect on and think about.

For one, start by examining how many conversations you have been in the last few days, where there were ideas and opinions you did not agree with? Sure, count in the formal meetings but make it a point to ponder over banter between, before or after!

The other thing that I have found of great value, is the examination of how many friends and acquaintances I have, who have a different ideology. And of course, engaging with them. Sure I don’t agree with them all the time, but I do get to examine where I stand and why.  Just conversing with respect and reflecting on what comes from a different line of thought is rich.

Sometimes, it is unsettling. But being ‘unsettled’ is important to evolving and growth. Ralph Emerson said it well. “”People wish to be settled, but only insofar as we are unsettled is there any hope for us.”

So, the next time you realise certainty has kept you company on a particular idea for a while, sprinkle some doubts! Engage with people who stand at the other end of the spectrum. Make a deliberate attempt with that. It will help you. Promise.

The OWL Despatch is a labour of love, where I pin a short essay on something that’s been on my mind, atop five interesting pieces I read during the fortnight. It started out as a playful, creative exercise and now has lots of subscribers. Thank you for sharing it forward with people who you think will find it of value. This is edition number 59. The earlier editions are here.

I hope it sprinkles some doubt on your certainties!

1. Have you ever thought of the sale of men’s underwear as a measure of economic activity? No? How about lipstick? Champagne? Read here!

2. This was the proverbial light bulb moment for me. When I figured that all people need to listen in into your conversations, is a lightbulb and a telescope! Fantastic stuff.

3. Now that the pandemic is going to be around for some time and that work from home is to stay, here are some hacks. Good ones mostly. So, dive in.

4. Almost a decade ago, I learnt the basics of Design Thinking in Heidelberg, Germany.  Ever since its popularity has grown as we apply it in a host of places. Here is another application. “How design thinking’s user-centric approach helps Hong Kong embrace a cashless future”

5. Finally, here is a piece titled “My tryst with COVID 19” by Haresh Chawla. Knowing Haresh well, this piece was to the point and practical. Take a look!

Extra: Heres an idea to bring some cheer in life. “When you’re stuck at home long enough, you can see art in anything. At least, that’s the idea behind a Russian Facebook group that’s picked up nearly 600,000 members in less than 10 weeks. ” Check this out.

Nirupama Rao sends in this post that holds a playlist. “Behavioral scientists have joined together to compile a playlist of songs that exemplify the principles of behavioural science.” Check it out.

As with the last couple of editions, Deepak Arora did the visual art.

The world has good people who help. That gives me confidence that all is well!