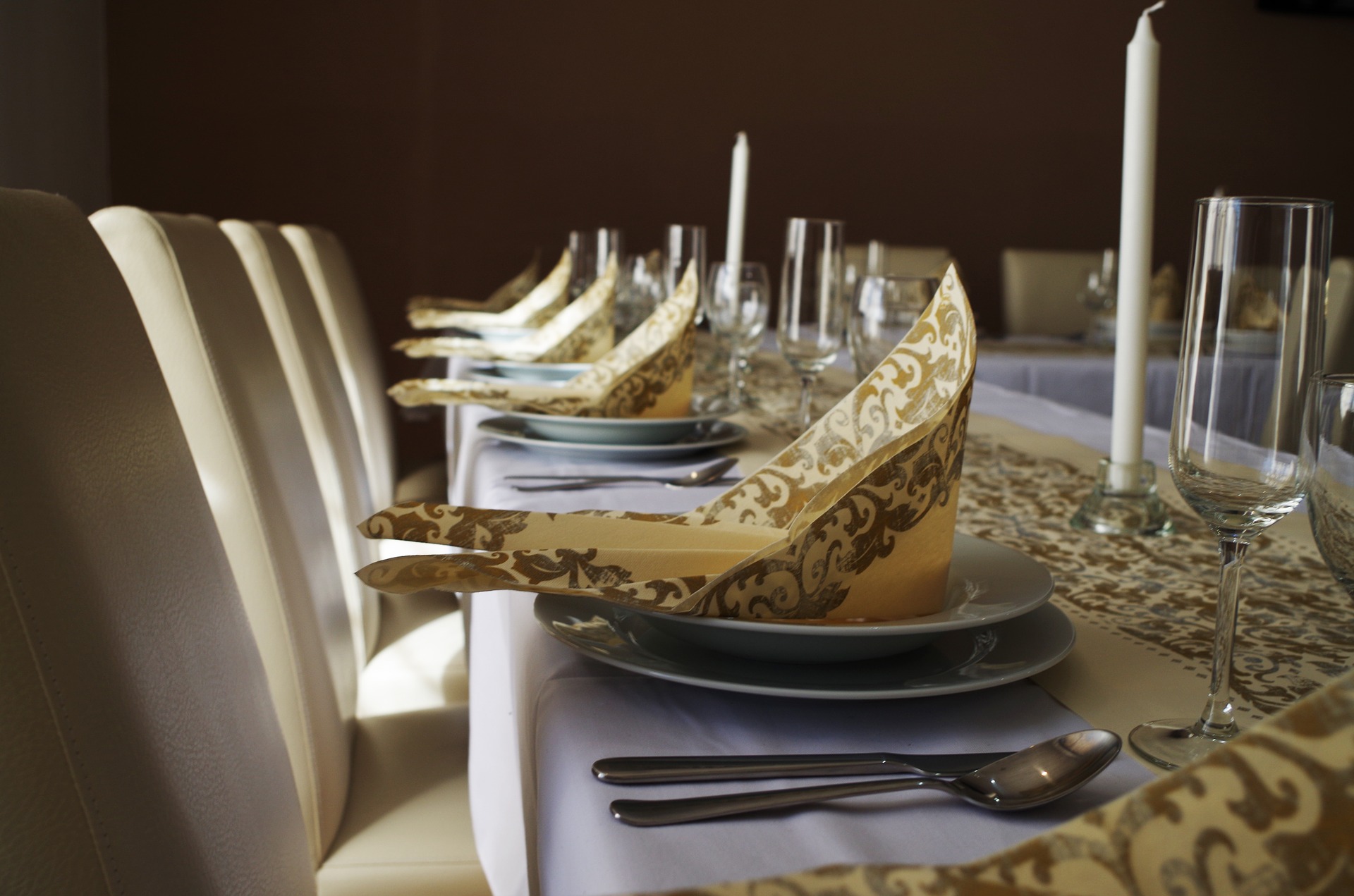 Good English? Impeccable etiquette? How about an accent? Maybe the latest sunglasses? Super IQ? A phone that can split down the middle? A fast car? Those were answers that were thrown in response to “what’s the ultimate sophistication?” in a conversation.

I proffered Leonardo Da Vinci’s quote for an answer. “The ultimate sophistication”, he said, “is simplicity”. No. This is no tirade against materialistic pursuits and it’s attendant woes. That for sometime later. For now, its all about language and our inability to talk to each other in simple, easy ways.

Why might that be the case? Why is it that several of us at different points in time, are just unable to speak easy and communicate a thought? Its almost as though that is a virtue next only to Gold! Why? I thought about it and spoke to a few people. Here is what I found.

For one, there are a lot more confused people! Just that some of us are confused all the time, yet others some time. There are very few amongst us who have clarity all the time. We are armed with fake news and quarter baked knowledge and carry a direct pipeline to our vocal cords and fast fingers! Even before we have considered a thought, we have opined on it. Spewing convoluted logic and putting on display a confused mind! The emperor ends up going viral with his new clothes.

In my work with people and organisations from around the world, I have never been more inspired by people who articulate their mind in simple clear ways. It is easy to complicate. It is a lot more difficult to make it simple. Some of the tallest leaders have an easy way of doing this with sophistication too.  What do they have that most others don’t? Where can we start?

Simple causes to the ultimate sophistication.

Depth and knowledge: Simple articulation is often a function of depth in a topic. The deeper you go, the clearer you become and better connections are possible in the mind. It didn’t require Einstein’s brains to say, “if you can’t explain it to a six-year-old, you don’t understand it yourself”. And that is Einstein’s prowess at work. The question that I ask myself very often is this: How can I make this simpler? And often always, find a way or two. I am work in progress.

Business leaders who speak a language that is jargon-free are able to reach more people. When they keep their audience and its context in mind, they reach even more. The last few weeks I have been working in manufacturing facilities of large organisations. The managers who stood out were the ones who could pick simplify. Speaking with clarity, empathy and respect, they attract people and make a difference to many.

The third aspect is how secure these people are. Not for them the fear of being judged. They have looked at the inevitability of others judging or having an opinion and choose to replace fear with understanding. Understanding that lets them decide with a clear mind! They don’t complicate the simple to be looked upon. That adds a sheen and a lightness to their being. Colin Chapman, the founder of Lotus, that firm that produced fantastic cars said it like none else. He said, “Simplify and then add lightness”. What he said for making cars holds true to communication as well.

Questions to ask yourself.

1. If you were given three minutes and a six-year-old to explain your best accomplishment from the world of work, how would it go? Try it if you don’t know. It does wonders for me.

2. I know of a founder of a law firm who is working hard at simplifying legalese in his firm and the world of law. Yeoman service, I must say. It is so easy to draw relevance from making things complicated. Real courage comes from letting go and simplifying. What part of your work can you simplify with courage?

To simplify with courage and to add lightness. To be able to let go and seek a greater relevance by swimming in the deep. That is the ultimate sophistication.

What do you think?

Picks for Edition No: 52 of The OWL Despatch.

You are reading the 52nd edition of The OWL. For every edition, I put together five links that caught my eye. This edition has one more section devoted to Coronavirus. But first, other stuff.

1. What happens when you stop using Facebook? Well, here is a quote from the article. “Deactivation caused small but significant improvements in well-being, and in particular in self-reported happiness, life satisfaction, depression, and anxiety.”

And there are percentages et al. Check it out.

2. Next up is a concept called “Psychological Safety”. It came up in a workshop a couple of weeks ago. It brought alive a wave of memories from an earlier time which I will write sometime. The idea has a lot of power. If you work with a bunch of people, as a manager or as a peer, it is a must-read.

3.  At first, IQ ruled. Then can Emotional Intelligence (EI). And then there is CQ. Which is called “the hidden talent that determines success“.  So, what is CQ?

4. How many times have you seen a ‘fun project’ stay on and become a project that triggers thought? Here is Tyler Vigen‘s. Somewhere there it says, “Tyler Vigen is a student at Harvard Law School. He created the Spurious Correlations website during a week before finals when he probably should have been studying. Prior to attending Harvard, Tyler was trained in visual intelligence collection and analysis by the military.” I had great fun with it. I wonder how it works for you.

5. . Even as slip into the section on the Coronavirus, here is a piece on managing in the present times. ‘Flux Mindset’ its called. “an ability to thrive amidst constant change.”  April Rinne writes, “I have been working on this concept primarily in the context of the future of work and unknowns related to automation, business models and the sheer pace of change.“

Manu Prasad sends in this wonderful piece for you on the difference between the complex and complicated.

Is it a black swan moment as some commentators have argued? We’ll know in a bit. It sure has disrupted several things.

More people are working from home. Online meeting places like Zoom and Webex have experienced far greater usage than ever before! Stanford and a bunch of US universities moved all its classes online for the rest of the semester. Three organisations have asked for some of my work to be delivered online. Several conferences got cancelled.

The world’s emissions are coming down with China leading the way.

Amidst all this, there were reports of sales of Corona beer being hit. Inexplicable! The one Corona telling another, ‘here-hold-my-beer’ moment!

And here’s something that is fast becoming standard behavioural etiquette. If you need to sneeze, please sneeze it into your elbow. 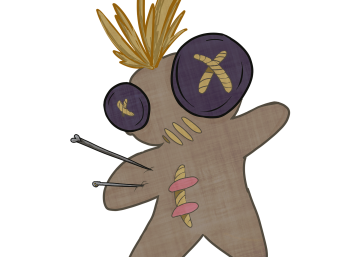 Grudges happen when we feel wronged and when 'unfair' is inflicted on us. We seek... 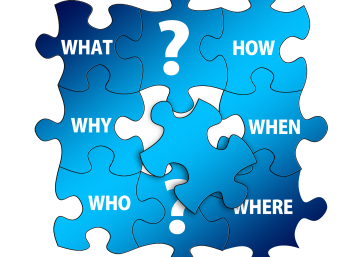 From X-Ray to Coco Cola. Viagra to match sticks. Teflon to champagne. They all happened... 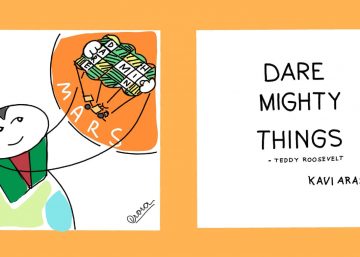 What might each one of us accomplish if we kept the spark in us alive...