The ladder of giving 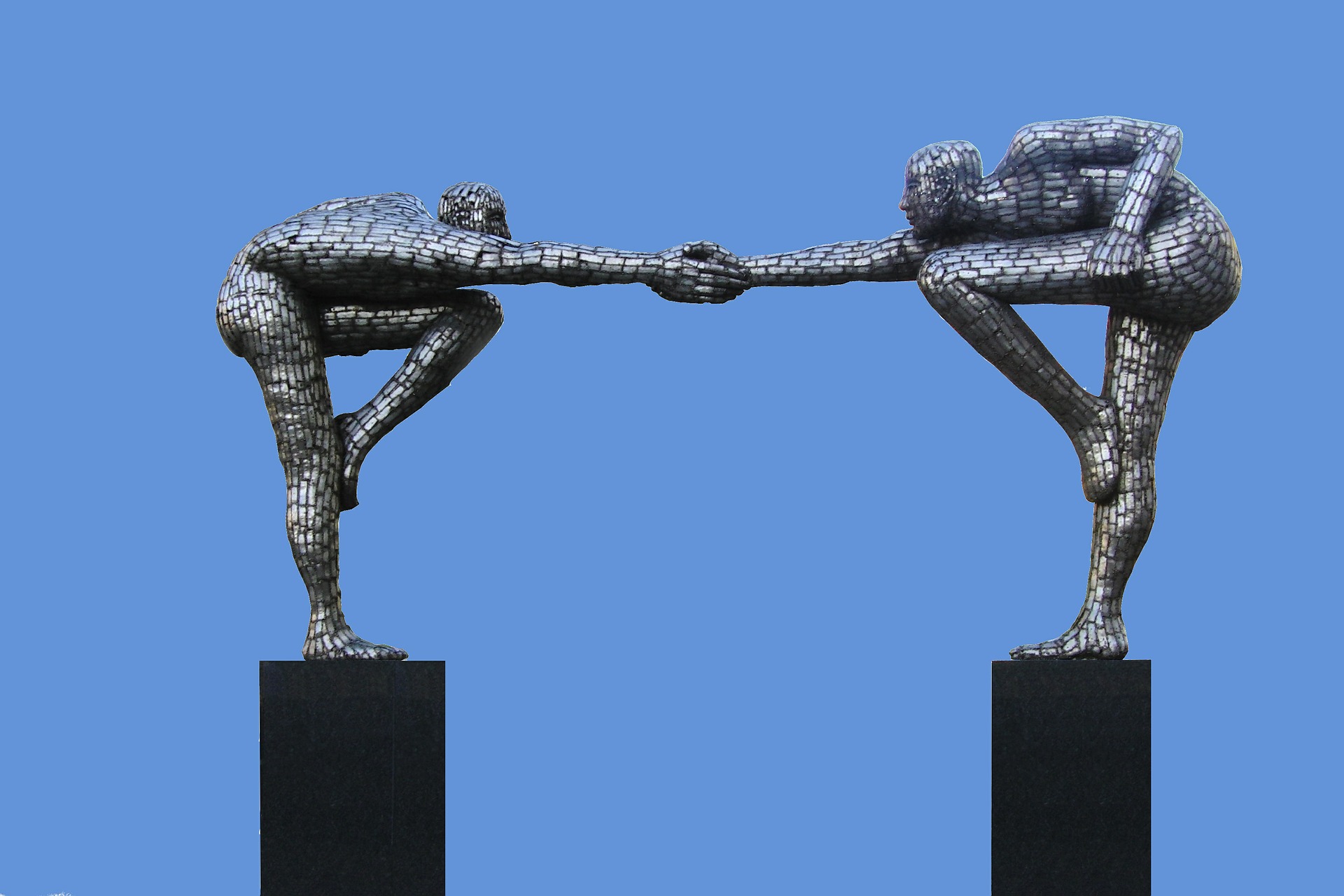 I scribbled a furious scrawl on the back of a notepad, at the end of the meeting. The empty chair in front me had, till then, a man who had spoken about his life. A personal account, if you will, from a successful business leader for whom giving is a way of life. To be done with an inextricable mix of nonchalance, reticence and ease. That conversation triggered memories and lead me to write out the ladder of giving.

It had taken a while and ample effort to shake off his reticence. But after the initial chill, he was in flow. He shared events from his life and left as silently as he walked into the room. As I read my scrawls again sitting in the plane ride home, I wonder how old values of giving really are timeless. They reminded me of my great grandmother.

My great grandmother was a wealthy lady who lived in a house that stood by the side of a main road. Accounts abound about her spontaneous giving.  The first question she would ask, I am told, to anyone who rested on the steps of the house was not “who are you?”.  But rather, “Have you had food?”.  And of course, help was assembled with ease to cook something or share what already was.

My earliest memories of her date back to a time when she would carry me to the local market. Hollering a ‘how are you’ and ‘take care’ to people on the road. She would urge me to give away my toys and toffees to other kids. Much to my chagrin.  She would encourage, coax and persuade me to do so!   I just couldn’t understand back then why I should give away what was mine. I am still at it.

Pardon me for talking more about her than I had intended. Her impact on me has been such that I can go on endlessly about her.

Five steps in the ladder of giving

The first step at the bottom of the ladder.

Second, give things without too much thinking of ‘does this person deserve”.

Debatable, you would say? I said so too. Well, what people do with what they have received, is something beyond our control! Too much evaluation of whether the person deserves robs the joy of giving. That was my great grandmother’s philosophy.

Ask questions, if at all, to decide what all and how much you can give. Not to decide if you should!

Third, Go beyond the material.

Material giving is the easiest. Give money. Give away clothes. Transfer property. She did all. But what she is remembered for are more than these.

A kind word. A smile. A moments attention. A keen ear. Some space for another. The space to accommodate a different opinion. A place to rest their head.

When we give, we create renewal for the world.

Fourth. Give without expecting anything in return.

Give and forget. “Never remember what you gave.” Because it is the most natural thing to do.  I remember a line from her which she used to admonish me when I had exchanged something with another kid, in the garb of giving. “Learn to give now. Trading, you will learn when the time comes”

Fifth. Give without telling anything to anyone.

Those days were free of social media. Likes and adulatory comments were not in vogue. Yet, I would find love and radiance in anyone who would walk up and talk to her. Offer to hold her bag or walk with her back home. She would politely decline with nonchalance and ask them to take care of themselves. None of her donations would carry her name.

For many years, I thought that was the highest anyone could do. Until one day, someone who she had helped reached out to me and added a nuance. Not only did she not tell the world that she was giving. She didn’t notice that she was giving. For often, she gave without waiting for someone to ask! Being perceptive about a need and to jump in to fill it well, changes the world!

If you thought all this belong to the yesteryears of prosperity, plenty and innocence, let me remind you of one thing. All these came alive for me, upon hearing live commentary of a gentleman who walks amidst us. Now. A person has been at it for many years, even as he built his business without for once thinking about it as a ladder of giving.

1. How Dogs and People Ended Up Ruling the World.

“Where do dogs come from? What is their relationship to wolves?

Where do Homo sapiens come from? What is our relationship to other human species such as Neanderthals, Denisovans and Homo erectus?

Why do dogs flourish as wolves struggle to survive? Why are we the only remaining humans?

New research suggests that these diverse questions have a single answer.”

I sat up as I read this piece.

2. How to future proof your workforce? An interesting report from the BCG stables. A friend wrote to me in response to a previous edition that Future of Work must find a mention in every edition. Well, I’ll do my best. After all, we are going to spend time in the future!

3. And as you reading that, do take a look at how Russian cows are getting Virtual Reality headsets! Much has been said about the future of the world.  Well, the cows came home to find them there!

4.  Three Bizarre Learning Principles (And Why They Constantly Surprise Me). I loved this piece. It is simple, practical and something for all of us to think about.

5. And to sign off this edition on giving, read this.  “Power no longer lies at the top of the heap, but at the center of networks and you get there not by vanquishing rivals but through cultivating friends.”

The piece is titled “Generosity Can Be A Competitive Advantage”

Thats that for this edition.

I have been renewed ever since my conversation with the gentleman. He has lead me to others who give without ever breathing a word about it. Their deeds are tucked away behind nasty headlines of treachery, avarice, greed and gluttony.

I realise that true giving doesn’t hog headlines. It touches lives in a quiet way. Whichever step in the ladder of giving we are at. For that reason, may I request you to look up and consider giving? If you already are, can you give me a couple of minutes and tell me more.

I would love to hear. We need to spread the word.

Curated Reads for the 45th Edition of the OWL